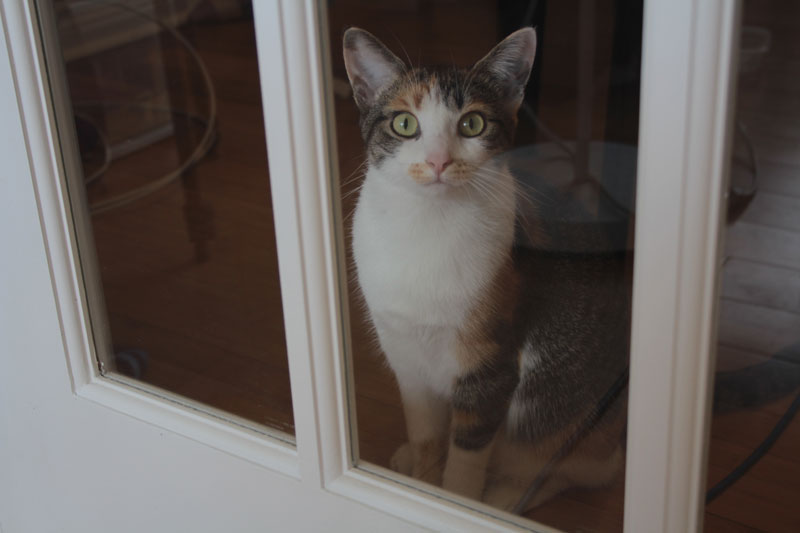 As much as I love our little kitties, I must say they do get on my nerves every so often. They’re two adorable fluffballs, but recently they’ve gotten a bit more mischevious than they used to be.

You may remember a few months ago they had broken into my office… well, it’s becoming a regular thing now. Over the past week, one (if not both) of the cats have been breaking into the office. I know that Beau’s definitely guilty since yesterday I found kleenexes all over the floor (which is one of his guilty pleasures to eat.) Not only that, Beau had eaten a sock, which is fairly troubling to me. We were doing so well handling Beau’s Pica and now I feel like we’re back at square one.

I’m truly concerned that one day he’s not going to be able to pass whatever it is he eats and we’ll have to go right back into the Surgery Room.

It’s a bit of a wonder to me why the cats are even interested in breaking into my office. I’m wondering if maybe the cats are trying to get in to see where the music is coming from, as often I leave some relaxing music on and the only device that has speakers is my computer. The other reason I can think of is that Beau knows that I have an unlidded garbage can in the office. Since Beau knows this, he probably heads to it when he’s hungry or worried that I’m not going to come back home.

Beau’s always been a very needy cat and he’s a big reason why I’m happy when I can work from home. Making sure that he’s alright and that he’s loved has somewhat become a full-time job that I’m happy doing. 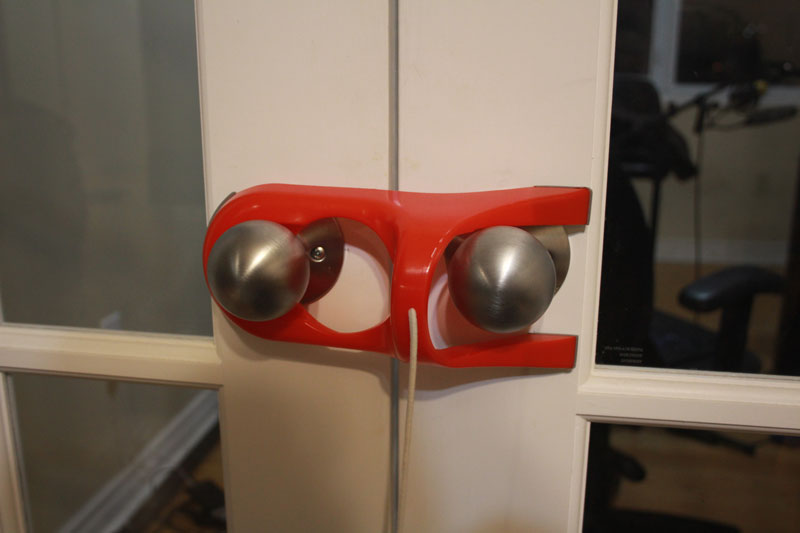 Well, the point of this story is whether it’s my kitties just practicing their ninja skills, or if it’s Beau trying to find food because he thinks his daddy has abandoned him, I had to come up with a way to lock the office. Since the doors aren’t made to lock I got a bit creative. I used the JW Cataction Spring String Cat Toy to keep the doors together.

Hopefully, this works! I really need to get down to what is the real reason Beau is chewing this time around… I’m hoping he’s not stressed and that he’s just hungry. That way we can just give him more food when we’re gone (that’s actually what we’re going to try first.) Any thoughts pet parents? 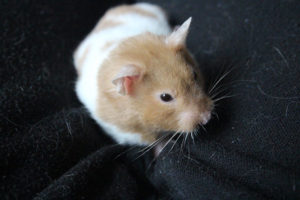