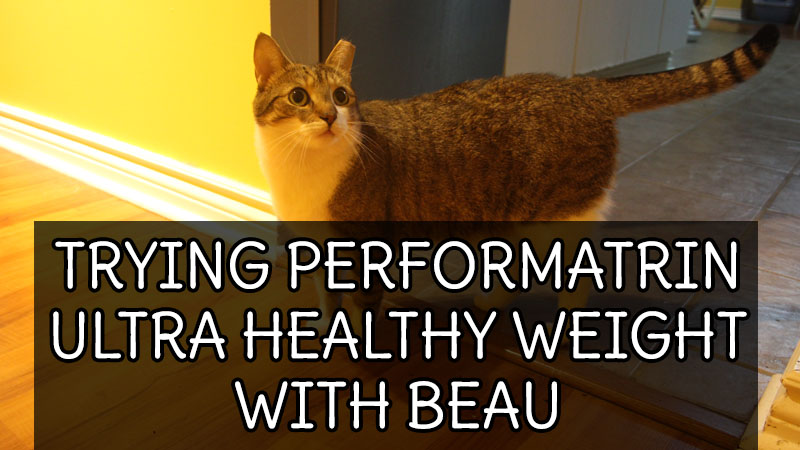 Beau has been gaining weight ever since he started eating Performatrin Ultra’s Lamb & Brown Rice recipe. At first this wasn’t a huge problem because he could stand to use a bit of weight and it got him to stop eating random objects in our house (ie. bedsheets, tissue paper, plastic, etc.) Beau hit 12 pounds two weeks ago and that’s when we decided it was time to go down the route of limiting his caloric intake.

Performatrin Ultra’s Lamb and Brown Rice has quite a bit of fat in it (19%) which is in the middle of a number of some other brand’s fat intake for Kittens. (Purrfect Bistro at a 17%, Wellness at 17%, and Blue Buffalo at 20%.) Previous to the 19% fat, Beau used to get about 15% from Blue Buffalo’s Salmon & Brown Rice mix.

Currently we are feeding 1/4 Performatrin Ultra Lamb & Brown Rice and 1/4 of Performatrin Ultra Healthy Weight. It has been about a week and a half and Beau is slowly starting to lose weight. Healthy weight has a huge cut in fat (only being at 10%) and because of this it feels like Beau isn’t as full. Beau is a very quiet cat who doesn’t beg for food unless you have a treat bag in your hand or if he is actually starving. For the past week and a half Beau has been coming to us about an hour before feeding to beg for food and although Beau still isn’t eating foreign objects, we are still a bit worried that he is not getting all of the nutrition he needs. This being the case, we don’t think it would be a good idea to wean Beau off of Lamb & Brown Rice to just Healthy Weight food. If the fat isn’t high enough as a mix, then it would definitely not be high enough for him as a stand alone.

We definitely don’t mind mixing brands/flavours to find a healthy level for Beau, but man is it proving difficult!

Anyone else out there having the same difficulty? 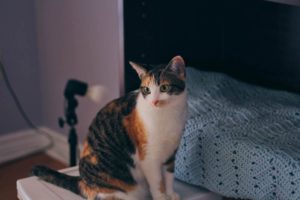