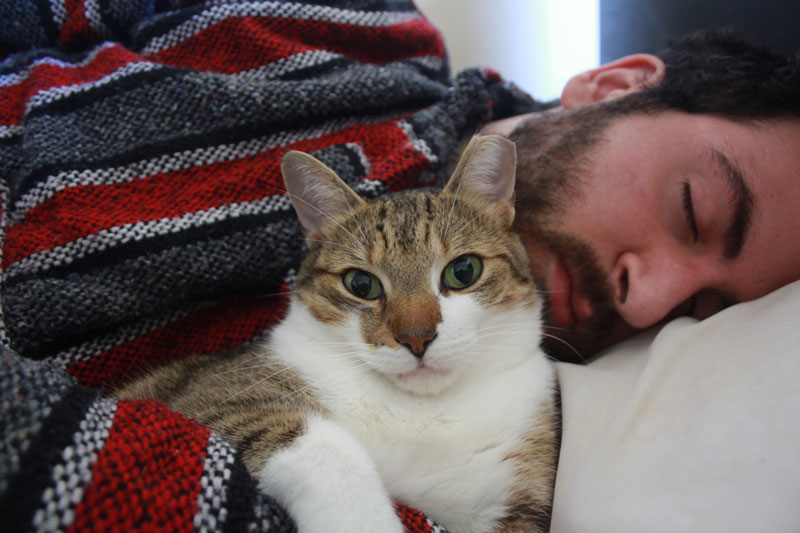 You may already know that Beau and I have shared a special bond ever since I first met him. This is most apparent each night as I’m going to bed.

As independent as Beau is, he loves nothing more than being around people. It doesn’t matter who you are and how long he’s known you, he’s bound to sit on your lap at least once during your visit. He’s not a cat who hides often (unless he’s terrified by a noise you make or you’ve hit him) and I think that that makes him a truly special cat.

I actually have friends ask me fairly frequently if I would rather have a dog, and I always respond with “no, I love my cat and to be honest he’s very dog-like in some ways.”

The main thing that makes Beau very doglike is the fact that he refuses to sleep at night unless I’m in bed. When I used to work late nights at home Beau would always come to the office and complain that I wasn’t sleeping, because he couldn’t sleep otherwise. He would get bored of sleeping on the chair next to me, or on the floor in the hallway and would cry until I picked him up and took him to bed.

And when we get to bed, Beau doesn’t usually act like a normal cat. He’s not really one of those cats who sleep by your feet, he’d prefer to be curled up in your arm or a small spoon if you’re sleeping on your side. My favourite memory of Beau and I cuddling is when he decided to be the “big spoon.” I really wish my partner was home to take a photo of that because it was hilarious. Imagine tiny Beau trying to big spoon a 6’1″ man.

I wish I could get a good recording of Beau’s purr because it’s so much different than the rest of the cats in my life. The reason why I mention it is because he always purrs until the second where he falls asleep. He takes in a big breath, lets out one long sigh and his body gets limp and you can only hear the little squeak from his nose because he has a bit of trouble breathing through it.

If you ever pet Beau while he’s sleeping and he gains even a speck of consciousness he begins purring again, letting you know that he loves to be warm and cozy in your arm.

Honestly, Beau is the best cuddle buddy a pet parent can ask for and it’s my top favourite thing about him. If I’m ever sad or stressed all I have to do is tell Beau to go to bed (which funny enough, is a phrase he seems to understand) and he scurries to bed getting ready for cuddles, placing his head on my partner’s pillow ready to be the small spoon.

There have been countless mornings where I’ve found Beau wedged between my partner and me, laying on his back like a human.

If I believed in “familiars” or knew more about it, I think I would be comfortable saying that Beau could potentially be my familiar, but I can easily say that Beau is the perfect cat for me, and I don’t know what I would do without him. 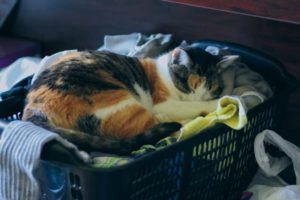