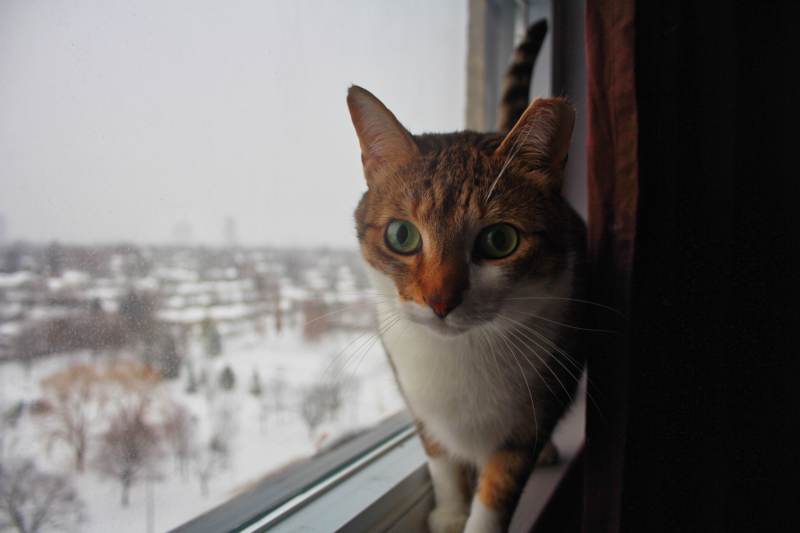 While it feels like the winter has just begun in Toronto, it seems like today there were a number of birds gathering by our windows. We had a fairly large blizzard hit us a few days ago, causing streets to become completely whited out and travel times doubled or even tripled dependant on where in the city you were travelling from/to. Even though that was the case, the cats didn’t seem to mind at all.

As mentioned in the last couple of stories, the cats have been spending a lot of time in my office since it’s being kept nice and toasty. Our main heater is going to be fixed today, which is very exciting, but we bought a small space heater which is doing amazing compared to the first one we tried.

Today almost as soon as I woke up, Beau was already following me around the house and ran into my office as soon as I opened the door. Within a few minutes, he heard a bird whizz by and jumped on the window sill.

Nothing could break Beau’s attention. He wagged his tail very slowly and stood calmly and quietly.

No joke, Beau stood on the ground for another 30-minutes (the time it took me to get some work completed) and I would check on him periodically to see if he moved.

It’s funny how a few days ago I mentioned how I think the cats will be excited when spring and summer roll around because the weather will be warmer and the birds will return and today a few birds were outside of our window.

Hopefully, this marks that winter won’t be too long, because we all know this pet parent is just waiting to be out and about again!

How about you? Are there any birds around right now? Are your cats peeking out the window? Let me know in the comments below! 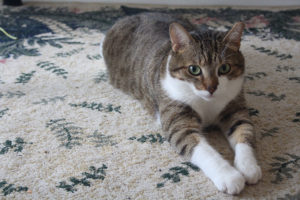 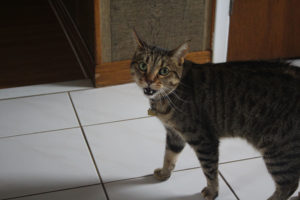