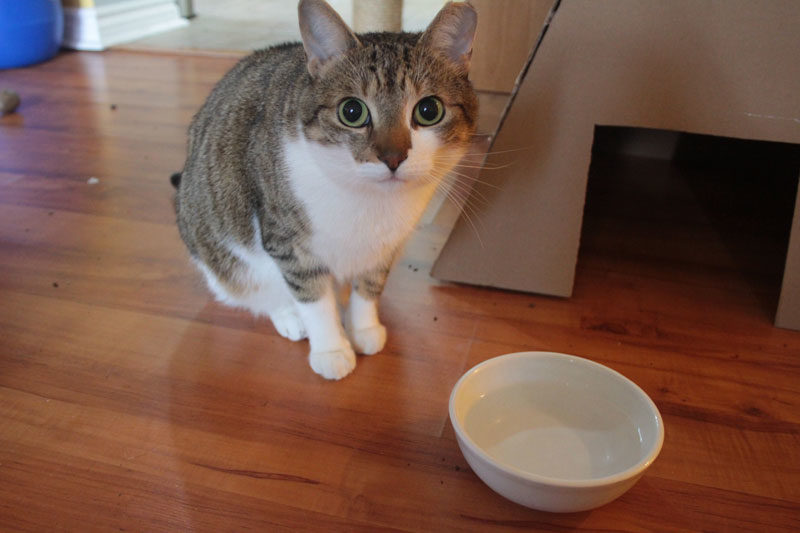 This past week we decided to try to get Beau to drink more again. We’ve also switched his food onto the Royal Canin Sensitive Stomach in hopes of finding a PH balanced kibble until we can get Beau to consistently eat wet food.

In hopes of raising Beau’s water consumption, we decided to move the water bowls to different areas of the house. At the moment we have one water fountain by his eating station. One in our office and two in our hallway. At first most of his water bowls were placed near his food, but we noticed he really prefers drinking from water bowls that are further from his food. He would walk from his food to our office to drink and then make his way back to the food. At first, we thought this might be because Beau wanted to say hello to us while eating but after a bit more research we found out that it might actually be connected to food being too close to the water.

To my surprise, this is actually an evolutionary trait as water by dead animals is normally contaminated. This is more common for kitties who eat wet food though, but it’s still a precaution I’m willing to take since it’s a super simple change.

So far, it’s been looking good! Beau does seem to be to be drinking more, which we are happy about, but I’m wondering if this could have prevented some of his past UTIs. I’m glad we discovered Beau’s preference, because even if it’s a bit late… every little bit helps, you know?

Do any of your little ones have water preferences? Let us know in the comments below!