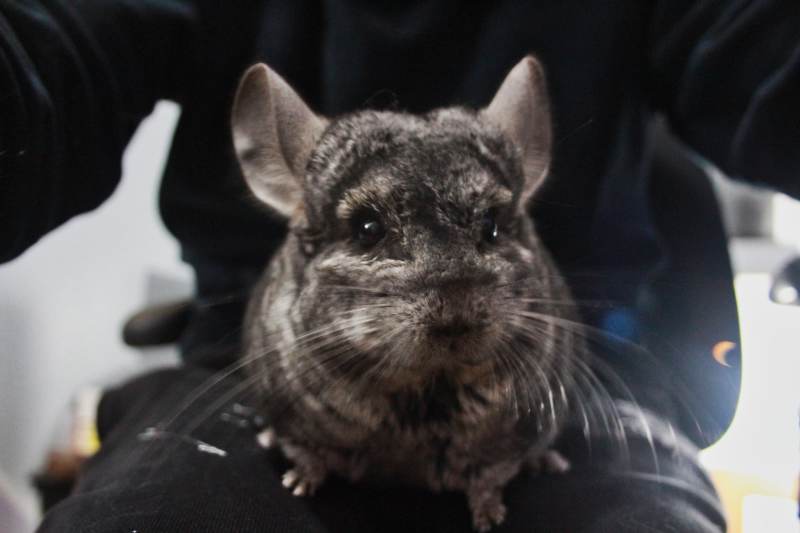 I’ve already admitted to how hard it can be to bond with small mammals such as Chinchillas, but today has marked a big step for me in the Pets Overload household.

As mentioned in the past, I’ve been working at bonding with Gary and he previously started recognizing our voices, but most recently he’s been getting very excited anytime I talk to him. Each day, I’ve been trying to come to his cage to give him a bit of hay and pet him gently. He’s still a bit scared if I pet him in the wrong area, but he hasn’t been screaming nearly as much as he used to. The biggest update is, today he jumped into my hands for the first time so I could pick him up and cuddle him!

This is something that Gary has never really done before unless I’ve given him no other choice. Today I got to spend about 30-minutes with Gary cuddled on my chest before he wanted to run around the room and go crazy. We currently only have one room that’s fully Chinchilla safe (which is the sunroom), however, it’s the absolute coldest room in the apartment since it’s not properly insulated and has no access to outlets or a heater.

We also have to fix up some of the walls since the contractors broke our floorboards, ceilings and baseboards while changing out our windows. While it’s mostly an aesthetic problem, it does mean that there are some exposed areas where Gary could potentially harm himself and while I would be keeping a close eye out on him, I don’t want to risk it.

This coming weekend I hope to buy an extension cord long enough to be able to put in our space heater so I can bring up the temperature just a bit, as well I hope to fix up the exposed areas, though I need to figure out how to do that. I’m sure YouTube will be filled with nifty ideas!

Gah, I’m just so happy Gary is getting closer and closer to me. The pets overload family is getting more tight-knit and I can’t wait to share more stories with you. 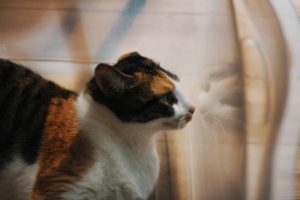 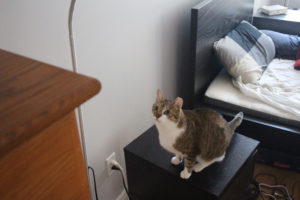