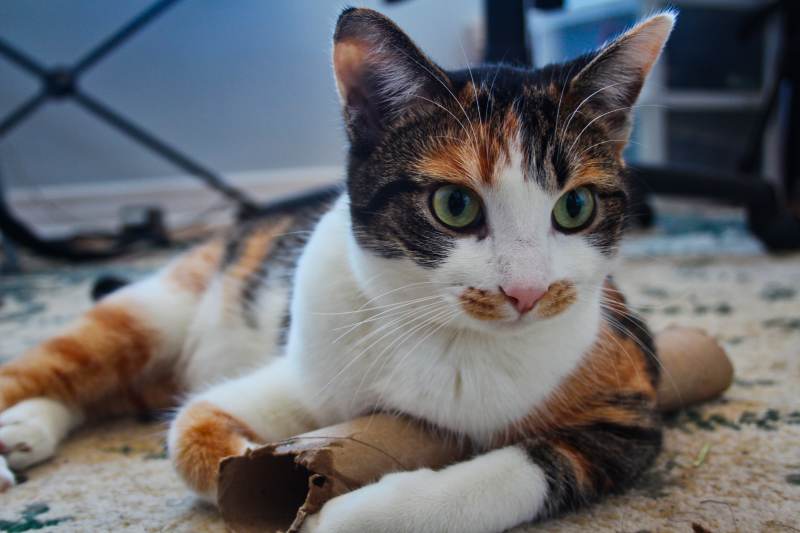 It’s no secret that Kalista is an extremely playful cat and although she’s getting closer and closer to being a one year old, I don’t see her slowing down anytime soon. Kalista has a number of favourite toys, but this week we discovered she has an obsession with paper towel rolls.

We were already aware that Kalista loved cardboard, especially because no cardboard box has ever survived in the apartment since adopting her, but we didn’t realize how nuts she would go over paper towel rolls.

We’ve been saving a number of toilet paper and paper towel rolls to try to make toys for Kalista and Beau, however, it seems like Kalista beat us to it and already stole 3 paper towel rolls from the collection.

The past two days I’ve been waking up to Kalista running around with the rolls, attacking them, chewing on them, ripping them apart and the cutest… carrying them from room to room and placing them in front of us.

I’m glad to see that even though Kalista is an indoor cat, she still has the wild hunter inside of her… now we just have to clean up more often!

How about you folks? What other household objects do your cats love to play with? I’d love to hear about them and even try them with Kalista! 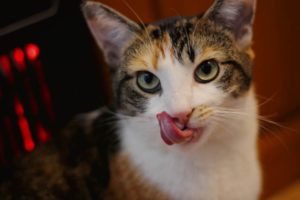 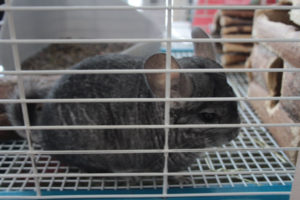