It can be hard to make decisions when it comes to what toys you should buy a new kitten. Their personalities can be difficult to tell, especially if they are not properly adjusted to your home. Not only that, as an individual who has raised 3 cats so far, I can tell you that I still find it fairly difficult to keep their interest on certain toys. So now that my kitten Kalista has become an adult, I thought… why not document her favourite toys so that next time I get a kitten I can refer to this list and remember what she loved!

Hope this list helps some of you new kitten owners as well! 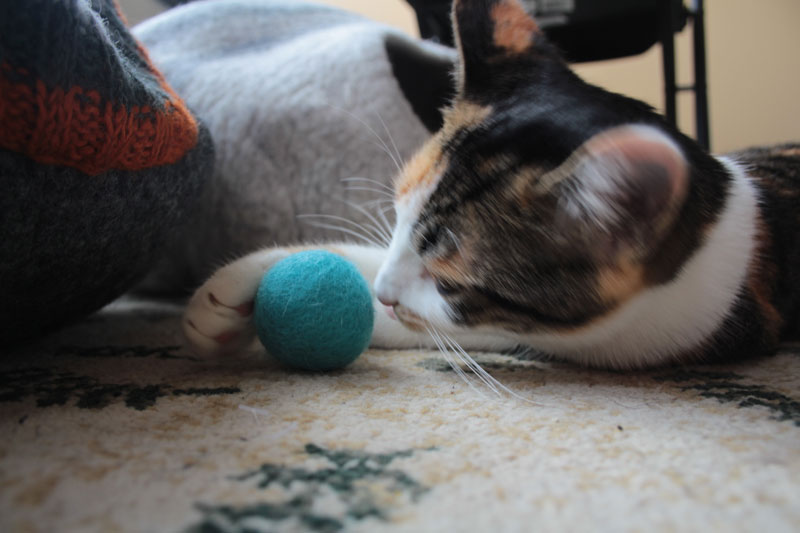 By far springs are Kalista’s favourite toy to play with. Before we were even allowed to bring Kalista home, we were told that she’s a huge fan of these springs and we were in luck since we had previously bought hundreds of them for Beau (no joke.) Kalista has played with the springs daily since she moved in with us and oftentimes walks around with one in her mouth, running from room to room. For such an inexpensive toy, they sure do get a lot of play.

It took me years to decide whether or not I was going to buy this toy for my cats. The main reason I didn’t want to buy it for them was the price. Da Bird! retails around $14 in Canada, but I can tell you it was 100% worth it for me. It’s the one teaser I can pull out and the cats will chase it for a solid hour. (It’s me who gets exhausted of playing with it!) Hands down Kalista’s absolute favourite teaser toy.

Kalista absolutely loved playing with the Bolt Interactive Laser Cat Toy, however, I will say she responded even better when we turned it onto the manual mode. That being said, I recommend buying your kitten a standard laser pointer. Just make sure whatever kind of laser pointer you buy it’s durable and creates sporadic movements.

This has been the center of endless fun between Beau and Kalista. Sometimes they sit at opposite ends and pass balls to each other. Sometimes while they’re play fighting they stop to play with the balls and go back to boxing. Every so often you hear Kalista bat at the tower just to take out some of her kitten energy.

While at the start we weren’t huge fans of this toy, as soon as we introduced Kalista to this toy and sprayed it with a little bit of catnip spray she wouldn’t leave it alone! Something I didn’t really talk about was the fact that we were going to have to give Kalista back to the rescue so they could get her checked because she was peeing in her sleep, and the first thing my partner told me was that we needed to send Kalista with this toy.

This was another toy that took a bit of time for my cats to warm up to, and I can safely assume the main problem was its placement in the house. My cats only started playing with this toy when it was placed on my french doors next to the office I work in. I would recommend placing this toy somewhere similar if you do choose to buy it (somewhere with lots of place for them to jump and run at it, and somewhere where you are the majority of the day.)

While this isn’t the longest list, these were the toys Kalista found the most enjoyable as a kitten. What did your little ones love to play with when they were young? Do you have any recommendations that we should check out the next time we have a kitten? Let me know in the comments below! 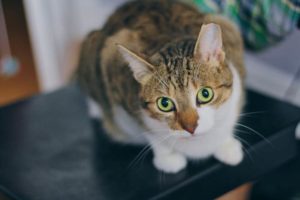 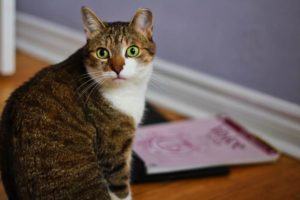