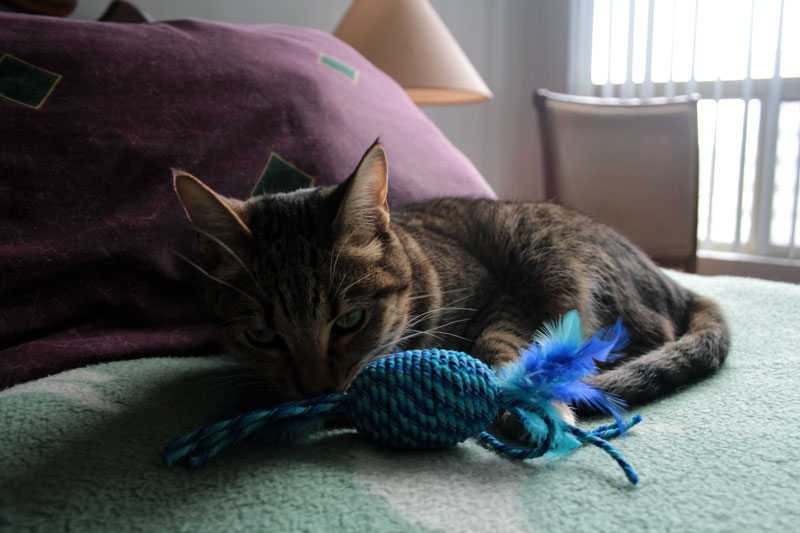 We’ve had the opportunity to try out SPOT’s new product Elasteeez, and while my little ones were huge fans of their toy the Big Mouse Bertha, they didn’t seem to take to this one as much. Not every toy is going to be the cat’s meow, but I was fairly surprised that this one didn’t make it into the books.

Elasteeez is a feather toy that would be great for cats who like to kangaroo kick or like to bite/play with feathers. It includes a small rattle inside to help entice kitties through sound.

What Did My Cats Think?

Walker is usually a huge fan of catnip toys, however, when this one was put in front of him all he did was lick it. I mean at least it’s something, but it definitely wasn’t the result that you’d be hoping for. I tried waving it around and actively playing with him, but he still wasn’t interested. We left it with him for about a week and asked my mom to let me know if he played with it, but sadly it was left untouched.

Beau has never been interested in catnip toys, however, feather’s he’s obsessed with. On his own, Beau wouldn’t play with this toy either, however, if you pushed it gently against his stomach he would kangaroo kick. You could also dangle it in front of his face and he would swat at it a little bit, but it definitely had nothing on how much he loves to play with Da Bird!

Kalista was our last hope. We learned very quickly after getting her that she was also obsessed with catnip. Although this toy is branded as catnip infused, it doesn’t seem like it wasn’t. We put the toy right in front of her and she wasn’t interested… so we decided to take it to the next step and bought a catnip spray to see if that would get her interested and I’m happy to let you know that she was! Kalista started playing with the Elasteeez religiously. She would bat it around the apartment and would get pretty pissed if I took it away from her.

After a week of Kalista going at the toy, it began to fray and some feathers fell off. (See below) It hasn’t completely fallen apart, but I wouldn’t say it’s not as durable as something like the KONG Wrangler Scratch Mouse which in the time we’ve had it is still fully intact feathers and all. 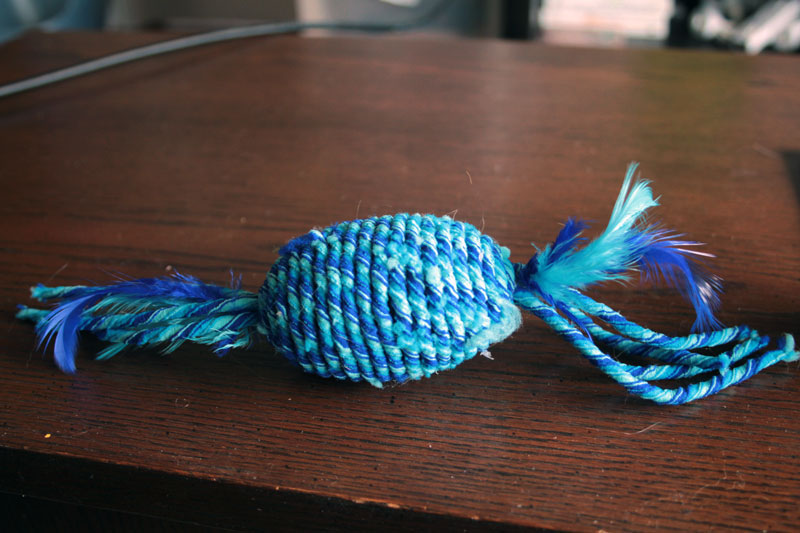 I sadly wouldn’t recommend this toy based on its durability and the fact that I had to apply my own catnip spray on it to get my cats to touch it. I’m a huge SPOT fan, but this wasn’t the product for us. I’d give this toy a 2.5/5 based on our experience and hope that other people had better experiences with it.

EDIT 9/10/18 – After adopting our most recent kitten Kalista, she has gotten a number of hours of play out of this toy. It’s become one of her favourites. While this was great news, the product is no longer in the best condition. I would give this toy a 3.5/5 because Kalista played with it so often, however, I would still say that it was a bit disappointing that the feathers tattered and the bindings came apart so fast. (Pictures to Come) 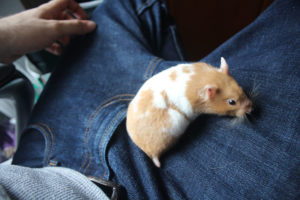