It’s almost halfway through my semester and let me tell you I’ve been missing the cats so much! (Not that I’m not missing the other pets too!) But it seems like my time away from them has made them bond even more than they have. 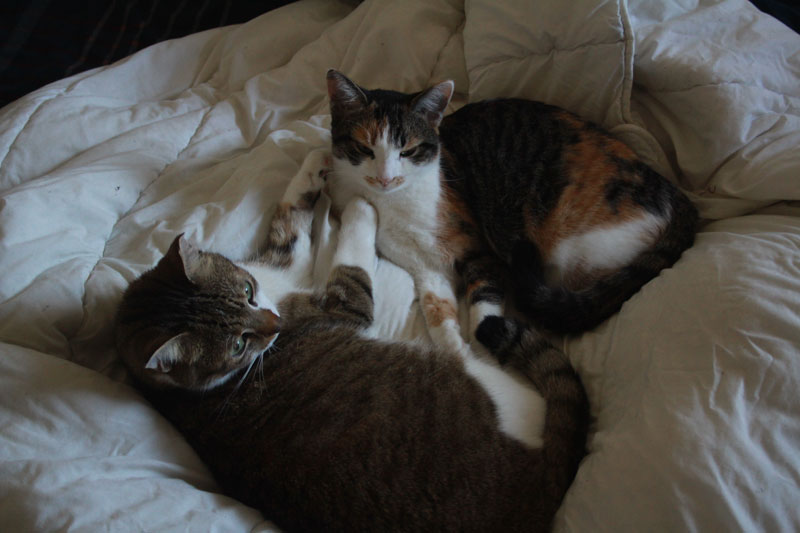 As you know Beau and Kalista have been becoming inseparable. Well, it just keeps getting cuter! The other day, I found them in bed sleeping super close to each other. 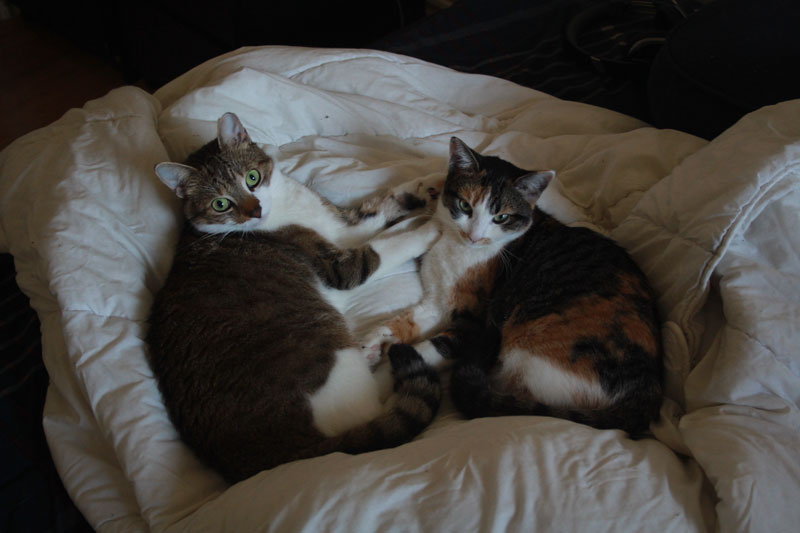 Beau’s even been using the AmazonBasics cat tree that we bought them! They’re the cutest duo in the world! 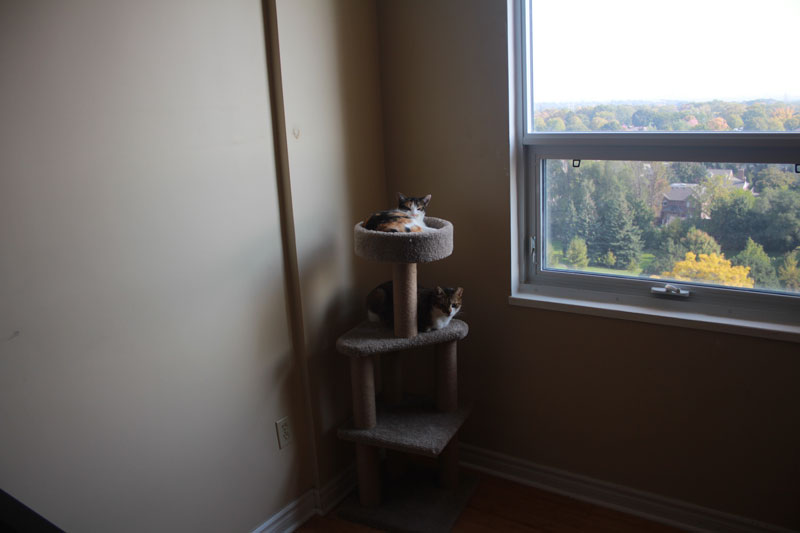 Look at Beau guard Kalista as she sleeps in her favourite spot in the house. Honestly, I’d say she uses the cat tree most of the day, especially to play on. She loves jumping from layer to layer. Honestly, one of the best investments I’ve ever made. 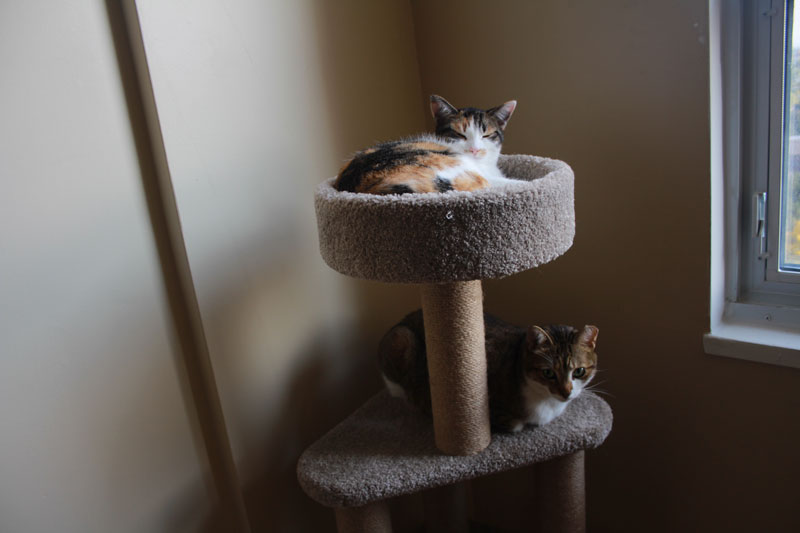 Oh! Sorry Kalista, did I wake you up? Go back to bed little one! 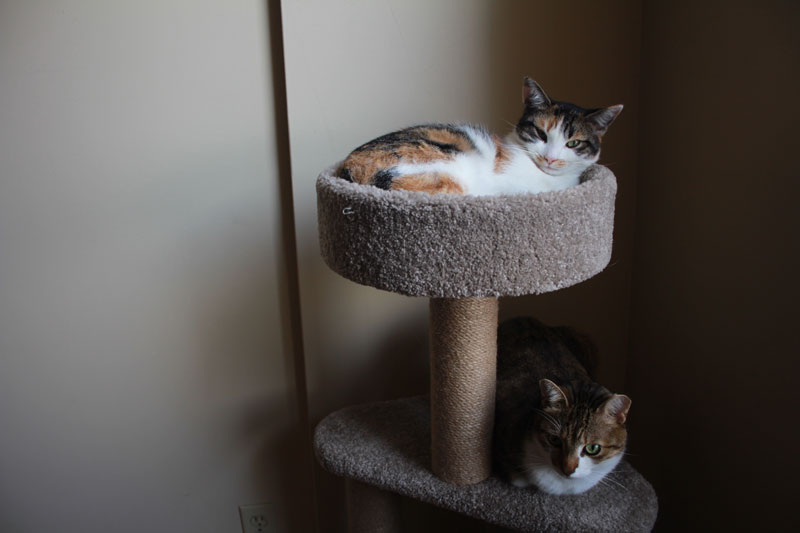 Haha, there she is nodding off again! So typical of her! She can sleep through anything and everything! 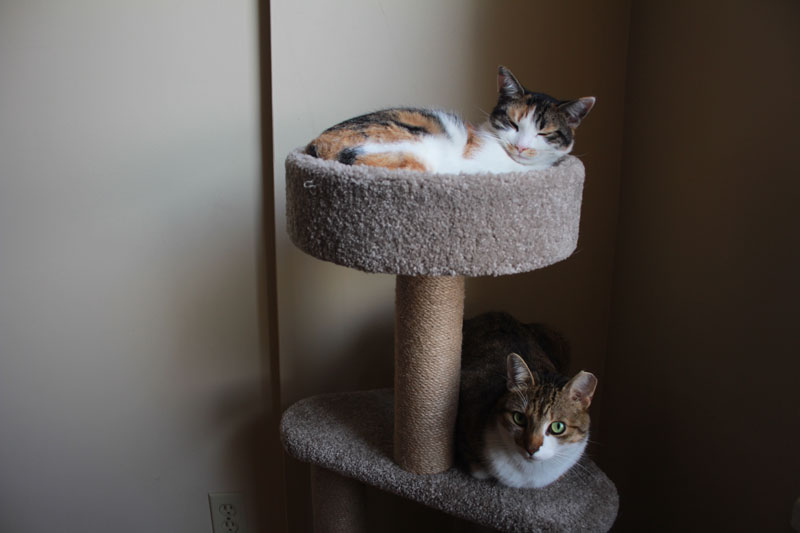 Beau still sleeps anywhere he can find a cushion or pillow. I can tell he’s waiting for us to finish fixing up the sunroom so he can sleep in the sun again, but apparently, that may take a few months. 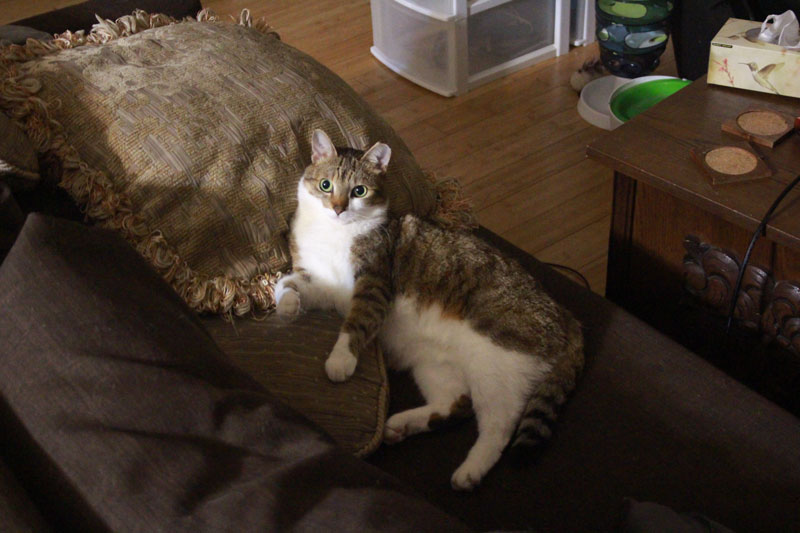 Instead, he gets to be tucked in on the couch whenever I’m home. My little baby! 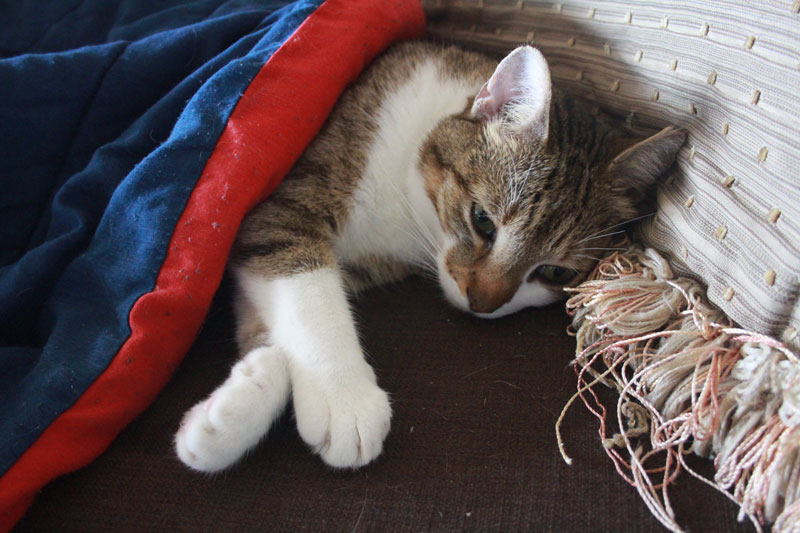 But it’s always the cat tree for Kalista. She’ll never stop sleeping in it! 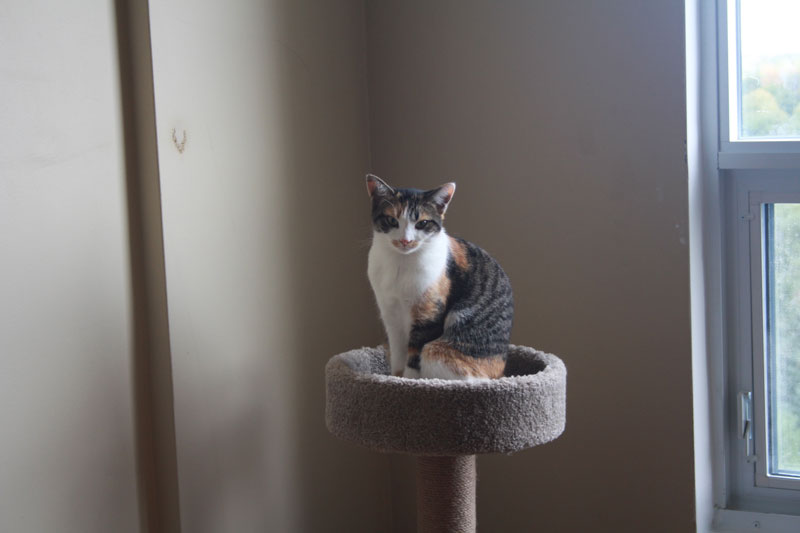 Which I absolutely love! Goodnight Kalista, even though the sun just started shining! 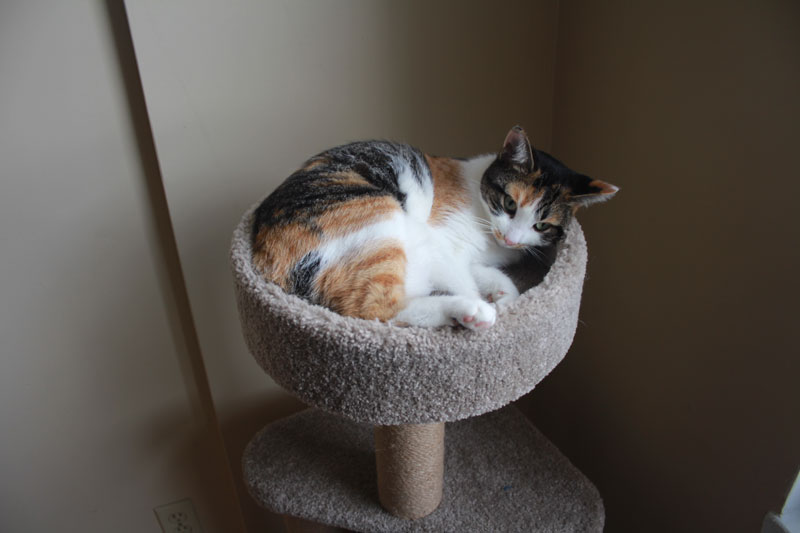 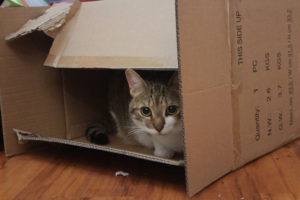 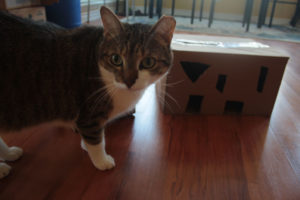