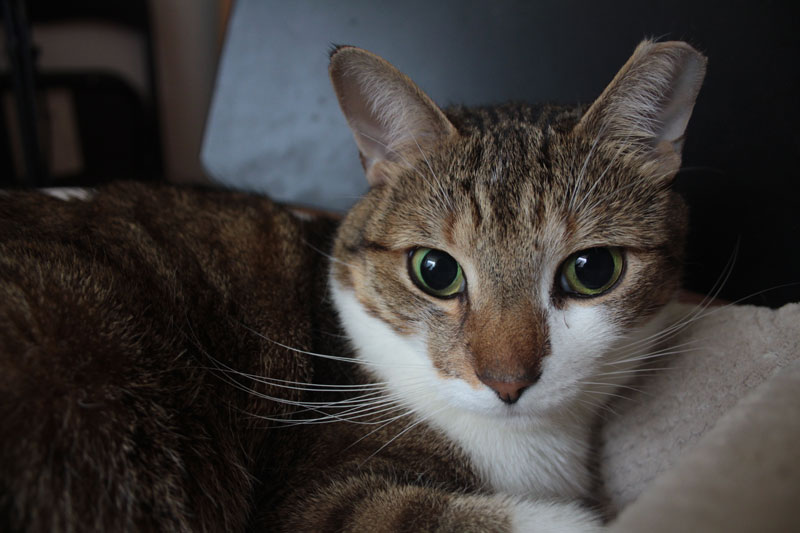 I’ve decided to cancel the caption contest for this week and give you a little update on Beau’s health since his Double Cystotomy & PU Surgery. I’ll admit the first week it was really difficult for us, especially because we didn’t know it Beau would get blocked again (and we still don’t know.) Unfortunately, these surgeries don’t guarantee that you are going to be 100% in the clear, but they do make it a lot less likely to happen.

Beau’s energy is higher than ever, he’s urinating more than we have ever seen before, but at the same time, he’s now very sensitive when you hold him or try to rub his belly.

Beau always loved his belly rubbed, but ever since the surgery, he’s very picky about when he’ll let us give him belly rubs or if he’ll let us give him rubs at all. He also yelps when we pick him up sometimes, so we have to be a lot more gentle with him or leave him alone if he’s feeling a bit off. I’m not sure if this is going to go away over time since it feels like the internal swelling has completely gone down, but I’m happy that at least it’s this and no other pain.

Beau hasn’t shown other signs of discomfort. He’s back to being a snuggly goofball and we haven’t seen any complications so far. For a while, he was still peeing outside of the litter box (he didn’t realise he was still peeing and would walk away while the stream was still coming out at full speed), but he seems to have gotten a hang on it as we haven’t found any puddles in weeks.

I can’t say this is true for all cats who get PU Surgeries, but I think Beau’s was very successful. I’m really grateful that we got it done for him, and hope to never have to go through the scare again (with him or any other kitties.) For those of you who are debating whether or not to get the surgery done (obviously only if it’s recommended by your vet), I recommend you do. We struggled with Beau on and off for two years, and sometimes things don’t clear up. Unfortunately, in our circumstance, we found out Beau had a small than usual urethra, so the vets told us that he was going to get blocked no matter what. I’m just glad it happened when he was younger and could recover, versus when he was older.

As for post care, there really isn’t much we have to do luckily. We’re still giving Beau a Cosequin tablet every other day, and we’re making sure there’s extra water in his food! Looks like everything is going well so far! No UTIs or relapses in sight!

So here’s to Beau and a very successful operation. Thank you, everyone, for your support over the past year and a bit. We really appreciate it. 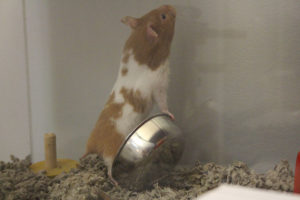