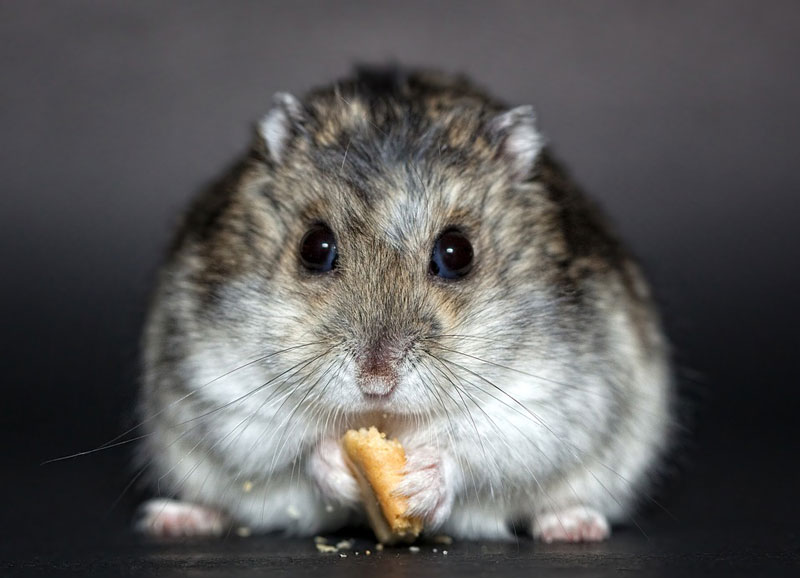 As mentioned in a previous article asking how long Bettas live for, I talk a little bit about the importance of knowing the lifespan of an animal you are hoping to adopt as it may heavily impact your choice to adopt the animal.

The same can be said for hamsters, especially because their age is so connected to the care you give to it.

Now, every breed of hamster lives for different lengths, so today I’m asking… what is the length of a dwarf hamster’s lifespan?

Different breeds of dwarf hamsters will live different lengths, but their average lifespan ranges from 1.5-3.5 years.

When doing research into this, I kept finding posts that stated that a dwarf hamster lived for 7 years, but once I did a bit more research and fact checking I found out the oldest dwarf hamster on record was actually 4.5 years old which was documented by the Guinness World Records Book.

It’s odd to write this, as most wild animals don’t outlive household animals, however, this isn’t true of hamsters.

Unfortunately, a lot of hamsters aren’t properly taken care of, and they actually get a much better diet in the wild.

If fed a properly balanced diet, you can really expand the lifespan of your hamster.

It’s up for debate, but feeding mixed seeds tend to be worse for you hamster than feeding pellets. This is because some hamsters pick and choose which seeds they want to eat and actually often don’t eat the ones that are best for them.

Make sure your hamster is also eating all of the seeds provided in the mix, or you may want to choose to feed them pellets with some seeds on the side as treats.

When feeding your hamster, you can supplement fresh fruits and vegetables to make sure they are getting the nutrition they need.

Some of these include carrots, bananas, lettuce, spinach, apples, however, do this in moderation.

I’ll actually be covering individual foods you can feed your hamster and what the benefits of each are. Check out the hamster section of the site for more examples!

Water should be changed daily, and fresh food should be given every third day (if not every other day.) 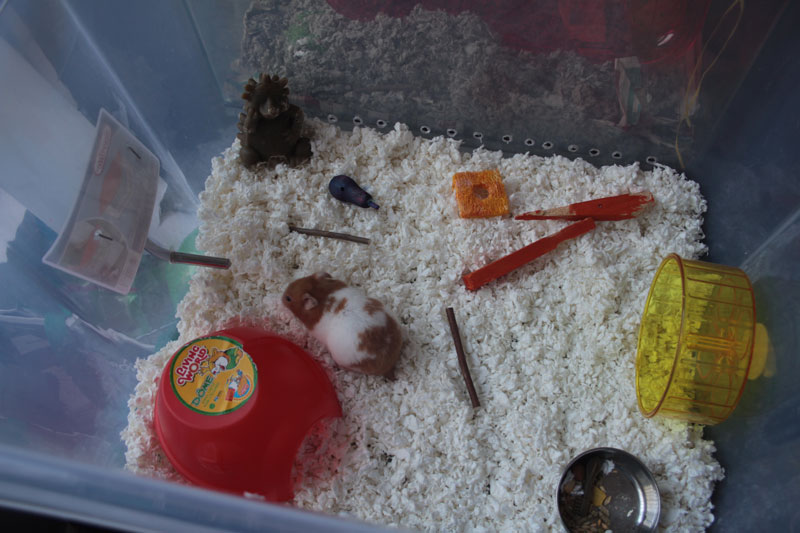 *Photo from DIY: How To Make A Cheap, but Durable Hamster Cage

Think about getting a bigger enclosure

If given a big enough space to play, dig and run around hamster’s lifespans can be increased.

I would highly suggest doing some research into good enclosures for hamsters, making sure that they are bigger than the ones you would usually get at the pet store.

I actually created my own hamster enclosure that worked great for our little one! You can check out how I made it here. Although, I would do something differently if I was to get another hamster, which is to build different layers for the hamster to go up and play on.

Your hamster needs lots of exercise!

Relating to the larger cage, it’s really important to encourage your little one to run around and play. This is one of the main reasons smaller cages aren’t the best for hamsters.

When hamsters have larger spaces, they have more room to run and will actually clock in more exercise time.

Our dear Twitch wasn’t a huge fan of using her wheel so we decided to buy her a hamster ball and gave her 30-minutes outside of her cage a day. The one tip I give you if you’re going to get your little one a hamster ball is, make sure to check on them regularly.

Twitch used to poop in her ball all the time, and if your hamster is similar to her you’re going to want to take them out of that ball as soon as they poop and give it a good clean. It was usually around the 45-minute mark that she would start to poop.

As soon as they are back in their cage, they will commonly run to their water bottle and start drinking away from the workout they just had!

Though hamsters have a fairly low life-expectancy, it doesn’t mean that the time you spend with them has to be cut short. There are plenty of ways you can help improve your hamster’s life.

The first step you want to take is to always make sure that your hamster is living in a place that is suitable for them to thrive in.

Contrary to popular belief, hamsters need much more space than we think they do.

The easiest way to frame this is, imagine putting a cat in a room. While it is doable to give them a good life in that room, if they are given access to a few more they will thrive faster and longer.

Hope that helped you all out! Let me know if you have any questions in the comments below!