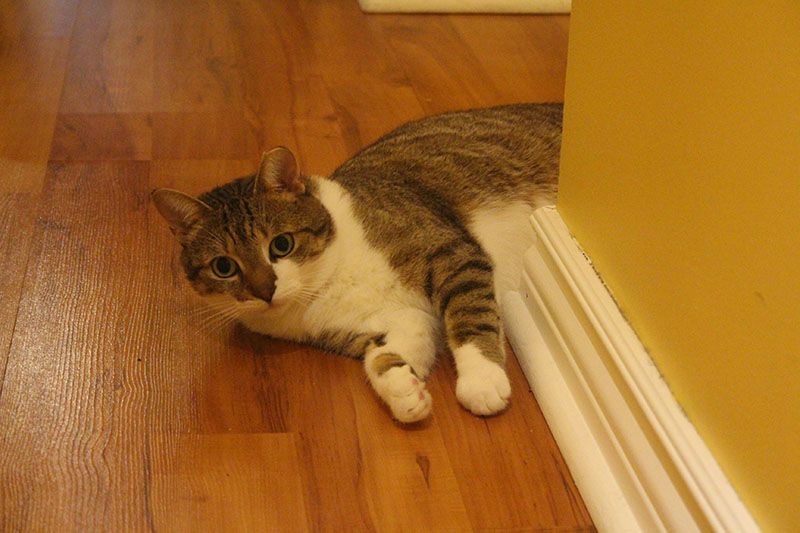 A quick pause from my regular “Pet Care” blogging to bring you some exciting news… Beau finally started playing with laser pointers! We’ve had Beau for almost 3 years now and in all that time he has never shown any interest in laser pointer. His brother (now I guess cousin…) Walker is a huge fan of them and has actually been the primary tester for all things laser!

Beau watched Kalista from afar at first, wondering why she was BOLTing (haha, see what I did there?) around the house, but maybe after 20-minutes, he started chasing the laser pointer too. I called out to my hubby to watch and we both were dumbfounded by how much Beau liked to play with it. It mostly blew my mind because Beau has seen Walker play with lasers plenty of times, so what made it different with Kalista? Was it because she was a kitten having more fun than him?

Beau did a number of laps around the apartment and even started to play with the laser pointer without Kalista. Could this be the new found solution to get Beau to finally lose weight? I know we’ve been coming up with new plans to get him walking and running more, and we’re even trying to research ways we can build cat shelving without diving too deep into our savings by buying cat shelves because those buggers cost over $100 bucks around these parts, but we want to make sure that whatever we build will be safe enough for the cats and sturdy enough that they won’t damage our walls. Yay for finally having a place we can customize to our liking!

So pet parents, have any of you had instances like this where one of your cats teaches the other cat to play with a toy? I surely can’t be the only one to experience such a miracle! 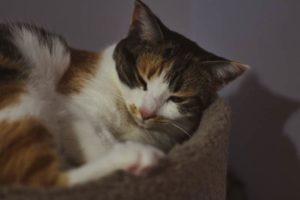