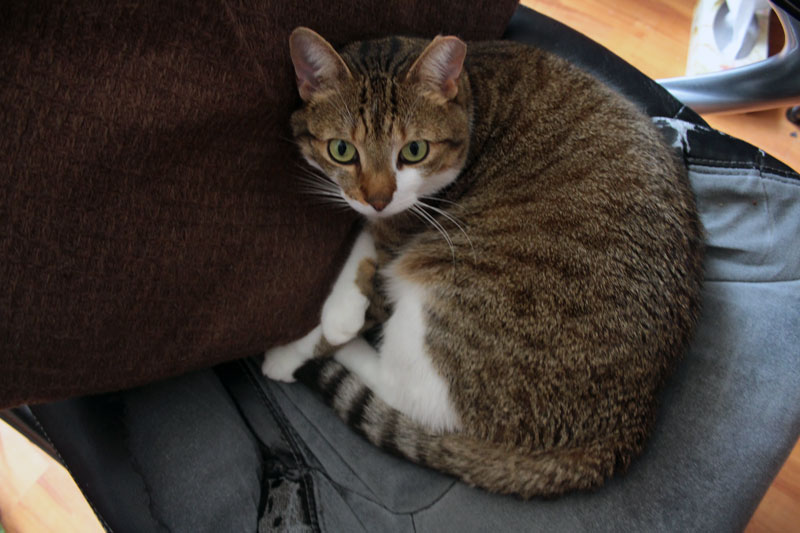 I’m so, so, so happy to let you know that Beau’s back is looking better than ever!

For those of you who haven’t been following our blog for the past month or so, I would recommend reading my posts about the skin lesion that appeared on Beau after his double surgery. (Post 1, Post 2, Post 3.)

Over the past month, the lesion has taken some scary turns. First, it was a yellow bubble that the vet burst to help make it bleed & heal. Then it became an odd, deep callus that seemed to never get smaller. But let me tell you… now it’s a lovely flat piece of pink skin that’s starting to grow hair on it!

Beau hasn’t seemed to mind the lesion, which is the best part of the whole situation and we’ve had him off his cone all week (which he is LOVING!)

We’ve been very cautious about the lesion since it was in a position that he could lick and we didn’t want him re-opening it so it didn’t get infected or hinder the healing process.

I’m so happy that the lesion doesn’t seem to have done any long-term damage to his skin, especially because Beau has been through enough already. And I hope to bring some comfort to pet parents who have been struggling with similar issues! Honestly, what I’ve learned from both his surgeries and this lesion is: sometimes things don’t seem like they’re healing, but the body is going to do whatever it can to fight and heal itself.

In the final few weeks we decided to stop visiting the vet (just because the lesion looked like it was getting smaller and the skin was peeling at a fast enough rate that the scabbing would just fall off naturally) and I’m proud of myself for not freaking out!

Beau can now happily lick himself anywhere he so chooses and is running around like the maniac that he always is! So, friends, this is one of those examples of letting time take it’s course and letting the body repair itself because that might actually be the best way to do it!

All Posts in this Series: 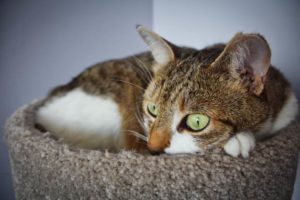 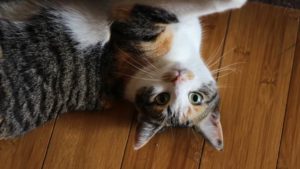