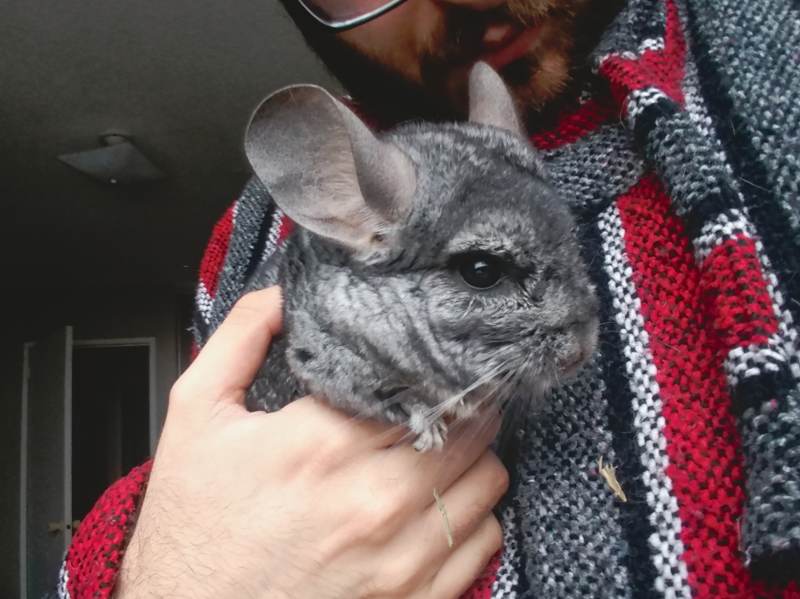 As you may already be aware, last week we experienced a big scare with Gary, our Chinchilla, when we noticed he had a bloodshot eye and an eye ulcer.

It has almost been a full week since we got the proper diagnoses from the vet and I’m happy to report that Gary seems to be doing a whole lot better, although he is still not 100%.

At the time of writing this, you can still see a little bit of the ulcer, although his eye is a lot less bloodshot than it was and looks very similar in “whiteness” to his other eye. That being said, you can also see his pupil properly now, which makes me feel more at ease. The only issue is, he still seems to be favouring one eye over the other, although he’s been keeping his right eye (the affected one) pretty much open for the majority of the day.

We still have about 5 more days left on his antibiotics/eyedrops, so my hope is that he is all better by the end of the treatment, although I’ve let the vets know that I want to postpone a recheck to closer to the end (if he needs it.)

In the meantime, we’ve taken some precautions to make sure that Gary is as safe as possible.

As you may know from previous photos of Gary, he has a house which he absolutely loves… but we’ve decided to remove it from his cage.

Because the nails were removed it made the house a lot less sturdy, making me worry that it’s going to collapse one day with him on it. I’m also concerned that this isn’t the end of him exposing the nails, so instead, I decided to break it apart and leave some sanded down pieces in the cage for him to chew on.

In the meanwhile, I’ve placed the wooden bridge into the cage as there are no sharp corners on it. Hopefully, he becomes accustomed to it since he did love his house so much.

I am going to try to look for another house for him, but without any screws in it because worried they will scratch his eye (since that seems to be what caused the ulcer in the first place.)

My partner’s coworker has also informed us that she may have a bigger cage for Gary that she doesn’t need anymore, so dependant on its orientation, we may have to find different types of toys/hideouts for him. We’re still waiting on some photos of the cage/the dimensions, but in the meantime, I’m making sure to still take Gary out of his cage daily for some extra exercise.

Since I’m lucky enough to have work off this week, I’ve been spending more time with Gary and to be honest, we’re bonding a whole lot more.

Gary hasn’t screamed when I’ve tried to pick him up and he hasn’t been pooping as much when I hold him, though he’s still a bit of a poop factory (which I guess is good… 😉 )

Gary and I spent about 30-minutes today in bed cuddling and playing and he even got a chance to sit very close to Kalista, who was actually fairly scared of him but began purring next to him about 15-minutes into the cuddle session.

Kalista did have a couple of moments where she tried to bite Gary’s tail, but I immediately scolded her with a sharp “uh-uh” making her take a few steps back and lye a bit away from us to watch from afar.

That being said, Gary started squeaking while he hopped on my chest and belly today and gave me little “kisses” on my chin. I’m not sure if he was just letting me know that my beard was tasty, or if that’s a Chinchilla’s way of saying that they like you… but it’s off to the google machine to find out!

All in all, things look good. The only negative thing I need to report about Gary’s recovery is that we gave him a bath tonight.

I noticed during our cuddle session that Gary’s fur was starting to matt, and quite frankly I know how uncomfortable that can be for our pets. Even though websites have said it’s probably not best to give Chinchillas a bath when they have eye problems, I didn’t listen because I didn’t want his fur to get even more clumpy.

Basically, Gary’s fur is usually very smooth and soft and you never feel any bumps, but because he hasn’t taken a dust bath in a few days… you could feel it start to get tangly and bumpy.

Not heeding the warnings, it seems like Gary may have gotten a bit of dust in his eye, making him a bit agitated.

He did a bit of running around his cage after his bath and a bit of screaming, but I picked him up right after he was done having his fit (which lasted a maximum of 30-seconds) and checked his eye.

It doesn’t look like the dust made his eye any worse (ie. it didn’t become bloodshot and it doesn’t seem to have scratched his cornea), but he probably got a bit of it in a place which was already sore.

That being said, we’re going to be holding off on baths again, but I’m glad his fur isn’t as tangly/matted as it was in the morning.

I am going to keep a close eye on him throughout the night just to make sure that he doesn’t remain agitated, but as mentioned, after the 30-second fit he seemed completely fine.

I want to thank everyone for their concern for Gary and for their well-wishes. I will definitely keep you updated on his recovery! Hopefully it doesn’t involve another vet visit, because we just want him better already! 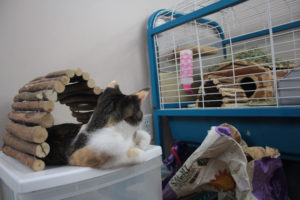 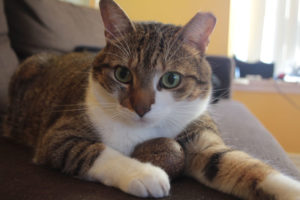 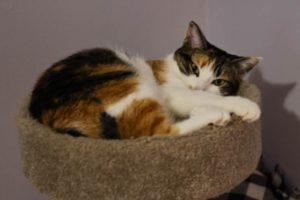