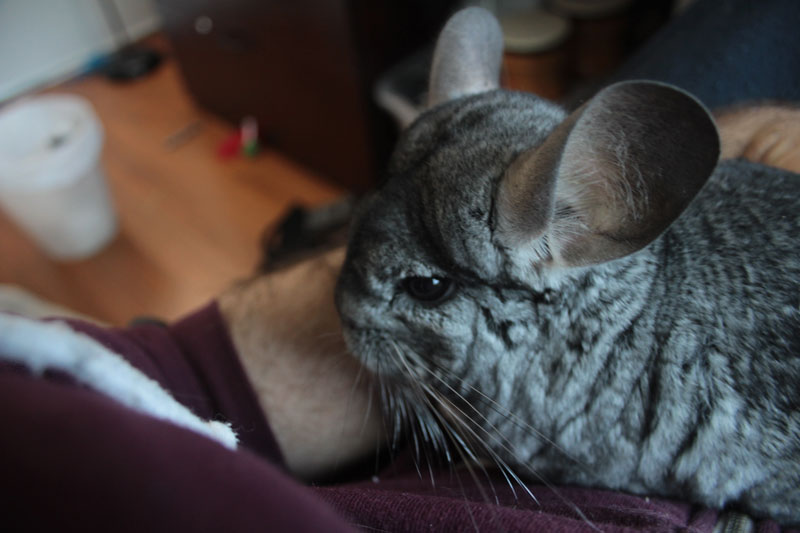 I’ll be brutally honest and say I had absolutely no clue how big Chinchillas were before getting Gary. When I was first called about potentially being the new parent to Gary, I asked my partner if he would feel comfortable with us adopting another small mammal the size of a hamster into our home. The size of a HAMSTER!? How did I think Chinchillas were the size of hamsters! Clearly, I didn’t do enough research and when my sister told me how wrong I was I quickly took to google searching up pictures of Chinchillas quickly learning that these adorable creatures actually get fairly large.

It can be hard for cat and dog owners to assume how big small mammals are, especially because a lot of us haven’t been given the opportunity to take care of them (since it could potentially be a risk for their safety if your animals are vicious or have a tooth for other live animals.) So, I want you to take a second and think… how big do YOU think Chinchillas get?

Measured from head to tail Chinchillas can range from 8 inches to 12 inches. To put that into perspective, they can grow to as big as a standard school ruler (1 foot long!) That’s much larger than I originally imagined for sure and it makes complete sense why you will want to get a cage that well suits them! The average Chinchilla grows to 10-inches large. When fully grown Chinchillas can weigh from 1-3.5 pounds (this does not take into account overweight Chinchillas.) The largest a Chinchilla should get (and still remain healthy) is 3.3 pounds, and this is only for larger build Chinchillas.

Does the gender of the Chinchilla mean they grow to a different size?

Similar to Bettas, yes! Although, in the case of Chinchillas females actually grow larger than males!

So Pet Parents & Pet Lovers, did you think that Chinchillas grow as large as they do? I know it completely shocked me! Let me know in the comments below. 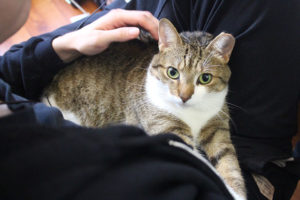