I had a really messed up dream this morning that I wish I never had it.

At first I tried to be grateful that the dream cleared up some of my emotions of how I felt about Beau’s passing, but the reality is that the dream was just messed up and the images in it are burned into my head.

I lucid dream regularly and I often feel like I can disappear into my dreams because of how realistic they feel and how it seems like I always physically have some connection to the dream, often feeling what is happening with physical sensations in my muscles or at least being left with sort of emotional residue where I wake up from the dream.

This morning’s dream was meant to be sweet (I think?), but it really didn’t end that way.

As a precautionary, I think this post may be triggering for some, however, I really don’t know what content warning I would put on it. So, if you’re squeamish or don’t like the idea of potentially being triggered, I would strongly recommend skipping this one.

As we all know, I’ve been missing Beau a lot and on the night that we lost him my husband and I had a number of talks about pulling the plug early before it was confirmed if Beau could not be brought back from his induced coma.

The argument was, we now know his heart is starting to fail and there’s no such thing as a heart transplant for cats and even if there was it would be far too risky to perform, so is it more humane to say that this is the end rather than force Beau to wake up and risk him going through this again?

I had told him that on a selfish level I don’t know if I could deal with the knowledge that Beau could be taken from us again and while we had a similar situation when Beau had the PU Surgery, it wasn’t the same because heart failures are absolute and there is no way to actually condition the heart, it’s all up to chance with no treatments.

We both agreed that we would not leave Beau induced in a coma for more than 24-hours as the earliest the heart specialist could be there was in 2 days, though less than 48-hours.

I really can’t express how devastating the last day with Beau was and it wasn’t because he looked like he was in pain. I mean, he had bouts of laboured breathing and was starting to refuse to eat, but the symptoms weren’t extremely overt other than a bit of convulsing which subsided shortly.

The other major symptom was Beau being unable to simply breathe through his lungs as he seemed to be using his whole body to breathe, his breath getting stuck shortly in his chest.

As Beau got in his carrier for the last time he began panting and was so clearly in distress. I took some photos of him in his carrier breathing and was tempted to take a video, but my gut told me that if I had recorded him I would probably continuously watch that video, blaming myself for every moment and wishing I could take away that distress. So instead, I simply have the photos of Beau, mouth wide open and slobber coming from all angles, tucked away in a folder I try not to open.

The last symptom I didn’t realize was a proper symptom was that Beau’s gums were starting to fade. I had earlier made a comment that they looked healthier and pink, since Beau prior needed to get his teeth cleaned as they were starting to darken, but I was so clearly mistaken as that should have been a sign that he wasn’t getting enough oxygen.

This was before any of the laboured breathing manifested.

To me it’s important to bring this stuff up as I think that this was the fuel for the brain garbage I just sat myself through to try to unravel.

Queue in the dream. 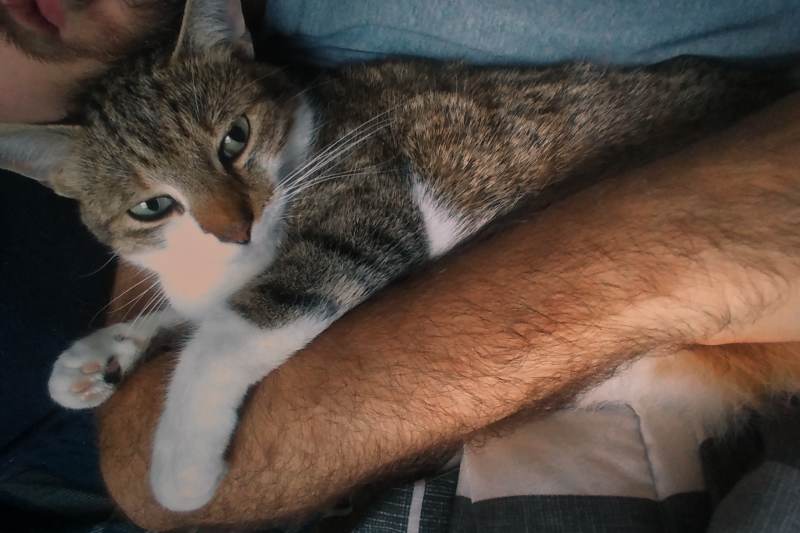 The dream starts off with me being in my childhood home with my husband. We’re both grieving Beau and we’ve both just come back from the vet after putting Beau down.

We were told we must dispose of his body, but don’t know what to do just yet, so we have Beau in a deep freeze. I’m in distress and my husband tries to calm me down, telling me to get to bed, but much like that first night without Beau, I couldn’t sleep.

The night is seemingly long, because I can feel my physical body outside of the dream get exhausted, but my dream fast forwards to the morning when we receive a phone call that we can have Beau cremated, we just have to defrost the body first.

So, my husband and I open the linen closet in the hallway and put Beau inside, leaving him covered as I was too overwhelmed to see Beau again.

Every so often my husband and I go back to check up on the defrosting process as it feels obscure to have Beau thawing out in our closet and each time it seems like Beau is becoming uncovered.

I think that it’s my husband’s doing, simply uncovering Beau to check how cold he is, but to my surprise it’s not.

First Beau’s eyes are uncovered from the body bag, then his snout, until soon his whole head is uncovered.

Note that at this point this is not happening before our eyes, however, every so often when we check we notice the uncovering happen without Beau actually moving.

When we realize Beau’s head is uncovered I start crying again and ask my husband to hug me. I say to him “He was so beautiful, I miss him” and out of the side of my eye I think I see Beau’s eye open.

My real life brain fragments from the dream and I can feel myself crying and thinking about how much I miss Beau and wish he was currently at my feet, which is why I assume what happened next did.

My in-dream brain is thinking to myself “it can’t be” I look away and ask my husband to close the closet again waiting for Beau to continue to thaw out.

The next time we open the closet, Beau is uncovered about halfway down his body, I again think that I see Beau open his eyes and I tell my husband, wouldn’t it be weird if he was alive, knowing full-well that couldn’t be a possibility given the process of putting down.

We’re both crying staring at Beau and taking some final pictures before we start taking him to the crematorium and I recognize the photos as they’re identical to those I took while he was on the operating bed to say goodbye.

Soon Beau starts to shift and it’s very clear that somehow he came back to life.

At first it’s very slow as if Beau is regaining consciousness and we don’t know what to do, but Beau begins to get up rapidly, startled and circles the closet. Here I am completely disillusioned that my cat has returned, but everything was wrong.

Beau is terrified and won’t let me touch him. My out of dream brain is still thinking “please can we just sleep together one more time? Can’t we just end the dream with us being happy for one more moment. I just miss you being with me Beau.” but that’s ever so clear that Beau is not feeling the same way.

Beau begins breathing through his chest, the breathing gets more rapid and shallow.

It’s in that moment that I know that all of this was a mistake and much like other lucid dreams of mine, I’m now in a state of paralysis. I’m trying to force myself to wake up because I don’t want to see what’s next, trying to scream, but I can’t wake up and have to finish watching this dream.

Beau jumps out of the closet, completely terrified. I try to calm him down by talking to him, but he’s already made his way to the curtains in the living room.

I ask my husband to help me when we immediately see Beau pee all over the curtains as he climbs. It’s so clear that Beau wasn’t in control of his urine and looked like it was simply brought on by fear.

Beau continues to climb and the urine becomes blood. There’s so much of it and it stains the white curtains.

I physically, in real life, can’t take it anymore and I don’t want this dream to continue and so I do the unimaginable and rip Beau off the curtain and kill him.

I wake up in tears, happy to not feel paralyzed anymore, but feeling really messed up internally over what I just witnessed.

I’m crying again. I don’t know what to feel, because on one hand I feel like this dream was my brain trying to live out what could have happened if Beau was taken out of his coma or if Beau ever “resurrected” and I probably had the dream to find some consolation in our decision to let Beau go, even though in reality we had no choice as we were called and made aware that there was no hope.

I somewhat feel violated, because that wasn’t a scenario I ever wanted to imagine, though I’m wondering if my body was trying to sort out my feelings of responsibility in that moment. As if it was just a struggle of “I killed Beau” and “this was what was best for him.

My conscious brain is very well aware that I did not let Beau down and fought for him throughout the years and maybe this was it’s way of enforcing how clear the decision had to be as there was nothing more we could do.

But I guess this is part of my process in healing.

Has anyone ever had similar nightmares after losing a cat? How long did they end up lasting for? Was there anything you could do to stop them or help you relax during them? 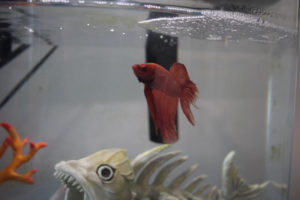