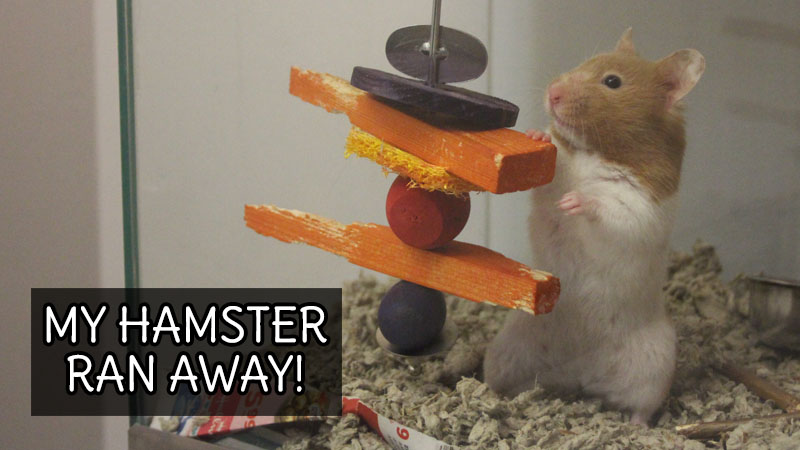 As you may know I have never been the pet parent of a “small mammal,” so a lot of things with Twitch are new for me. Because Twitch was an unexpected surrender I had to do a lot of on the spot learning.

When we first got Twitch we noticed she would aggressively chew on her on the bars on her cage. Now, from what little I know from my training at the pet store I knew that hamsters needed to chew to grind their teeth (as hamsters teeth never stop growing) and even though we bought her a bunch of chew toys she wasn’t using them! We’ve bought her an assortment of wooden toys, chew sticks, lava chews and have fed her fresh carrots. Still we couldn’t get our little one to stop chewing on her cage!

So, we did more research and found out that it might be smarter to put Twitch into a tank instead of a cage and find other ways of encouraging her to chew on safe toys. (By this time we discovered some tricks to get her to chew her toys, but they still weren’t enough. So we got her a fish tank! Twitch wasn’t exactly happy about this switch and we could tell that she would try to escape the tank. So we placed a few text books on the top of the tank, leaving a small gap for air. We thought this would be a sufficient enough lid, but it wasn’t!

Somehow Twitch managed to tug one of the textbooks off the tank (as one of her toys was being held up by the weight of the book), and she managed to climb out of the tank. At this time Kenny and I were asleep, so we didn’t even know about her escape. Luckily we keep Twitch in our office which is a room that is closed off to Beau. (EVERYONE LET OUT A HUGE SIGH OF RELIEF.) When Kenny got up for work (only a few hours after I had gone to bed) he immediately noticed that one of the text books had fallen and thought that our little one had been crushed. To his relief, she was no where to be seen… but again… she was nowhere to be seen! Kenny quickly woke me up and I found Twitch within 10-minutes of being awake and as soon as she got back into her cage she drank a whole lot of water! Poor little one must have been so thirsty!

So why am I sharing this with you? I guess to let you all know that I made a mistake and that it is a very dumb idea to make a lid out of text books. That’s the thing about being a pet owner. You’re not going to know if things don’t work without people sharing their experiences. We’ve been looking into getting the add on cage to the top of the tank, thing is… that wouldn’t completely help Twitch’s situation. She will probably still chew on the bars and we’ll be back to square one. However… at least she will have more space.

So Pet Parents & Pet Lovers, here’s where I ask you… have you ever had a scare like this before? What did you do? How do you get over the feeling that you are the worst pet parent for letting your little one escape? 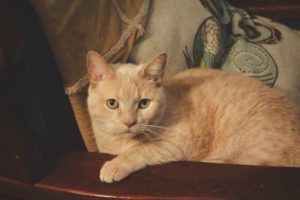 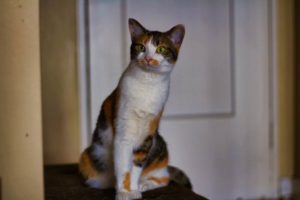