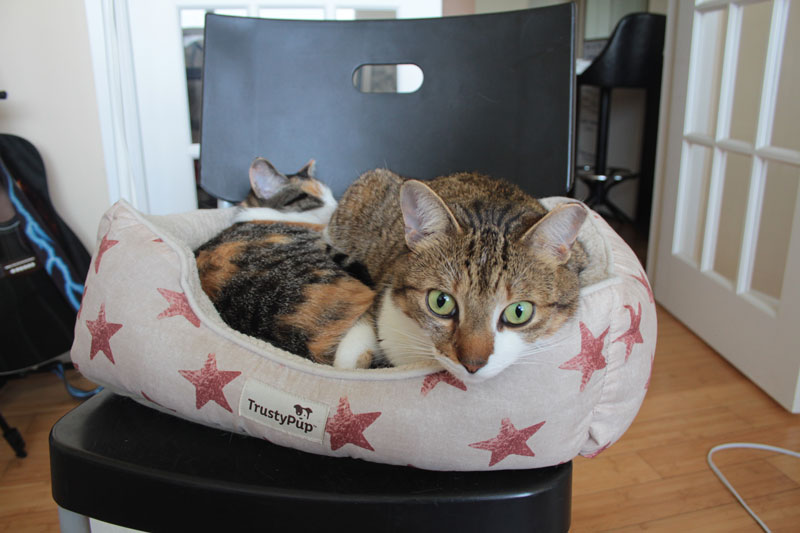 As you all should know by now, we adopted a kitten named Kalista in May. We had been discussing it for over a year, but we were waiting until we found an apartment that allowed us to have cats (since our old place was technically a condo with a “no-pet policy”.)

Beau already had some experience with other cats, being as he first started visiting us because of Avery, my sister’s cat, and for the first few months of living with me, he also lived with my mother’s cat Walker.

Now, Beau and Walker were a hit and miss pairing. When I was first adopting Walker, I quickly learned that he picked on his other siblings and always wanted to be the dominant cat. This was still true when he was older and would spend hours tormenting Beau. There was a lot of biting, swatting and screaming between the two of them, so you could bet I was excited to move out so Beau could sleep with both eyes closed. We actually thought Beau’s Pica may have been stemming from the interactions with Walker.

Either way, fast forward to a few months before May. We started playing kitten videos every so often to get into the mood of adopting a new furry friend and whenever a kitten would mew, Beau would walk up to the television and mew back. He was always curious as to where the kittens were and he never seemed to get stressed or worried (as his ears never went back, they were always perky and looking for the source of the sound.) If we left the videos on for long enough, Beau would actually come to us and put his paw on our leg, meowing directly at us. We always took this as a “daddy, where is the other cat? Show me!”

Even when we also had an occurrence where a neighbours kitten happily let herself into our apartment Beau was amazing with her. Giving her space whenever she wanted it, and playing with her when she got rowdy. I have to say that “Misty” was a huge reason why my partner and I decided to adopt Kalista.

Kalista and Beau had a fairly quick warming up period, as I’ve read that some cats take weeks if not months to warm up to each other. Beau and Kalista started to warm up within the first week and now it seems like they are absolutely inseparable.

They Always Sleep with Each Other

I think this is the cutest part of their relationship. While Beau and Kalista don’t really ever cuddle, they do spend a lot of time sleeping right next to each other. Sometimes their tails are on top of each other, or one will have their paw on the other’s back. Now that Beau is starting to use the cat tree much more they have been spending time on the same tier together. (I’m hoping they don’t try to sleep on the top together because that would definitely end up badly.) It seems all of the sleeping together is initiated by Beau. Kalista usually chooses a good spot and Beau will come to lick her for a bit then sleep close to her. Big brother much?

They Hate Being Separated

We often feed Beau and Kalista separately. My partner will take Kalista into his office and I’ll take Beau and my partner will often close his office door. Immediately after Beau is finished eating he will start crying out loud and start searching for Kalista. I’ve tried a number of times to get a recording of it, but whenever I try to he stops and walks away as if he doesn’t want me to know that he’s looking for Kalista. Either way, if I choose not to intervene, Beau will cry until my partner opens the door and Kalista and Beau are reunited. The oddest thing about this exchange is Beau usually just looks at Kalista briefly then walks away, not making a peep for the rest of the night.

Kalista Cleans Up After Beau

Beau is sometimes a messy kitty, and by this I mean he doesn’t always cover his “business.” Now, this isn’t as true when it comes to the new top entry litter box we got, however, I won’t know until a few months in. When he uses a standard litter box he sometimes pushes all the litter to the side, so when he tries to cover it, he’s literally kicking no litter. Odd, eh? Either way, commonly Kalista will come up behind him and cover his stinky poops. We always joke that Kalista, being the scardy cat that she is, is trying to make sure that no one finds them out.

I think the absolute cutest thing the cats do is follow each other. The best thing about this is the fact that it’s not just one cat following the other, they alternate leading and following. Beau’s actually lost quite a bit of weight since he does a lot of chasing Kalista around the house but don’t worry… Unlike Beau and Walker, there’s no aggression. I will admit, there is the rare yelp every so often, but for the most part, these two vibe each other out really well!

So pet parents and pet lovers, what do you think? Have my cats become a bonded pair? To me, it seems like things would get really bad if they were separated! 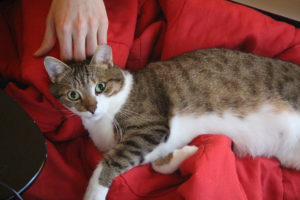 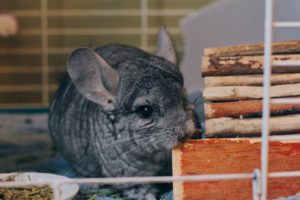