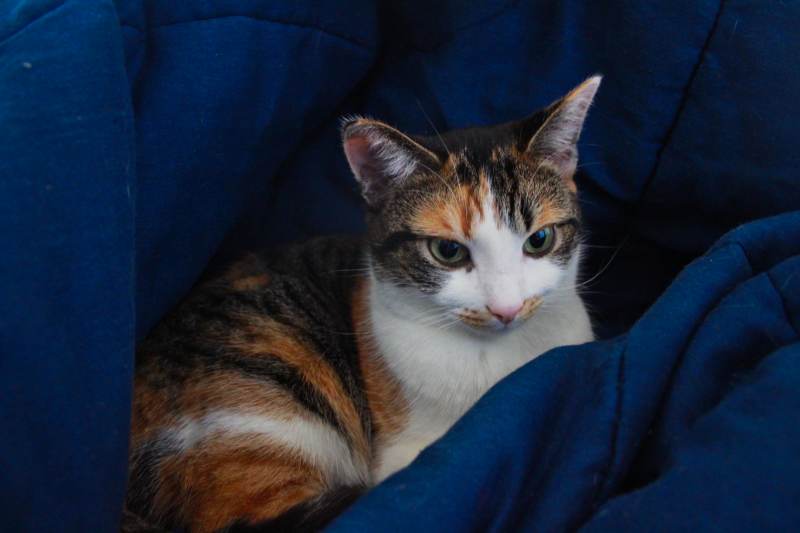 I feel like I’ve been giving so many updates about Kalista lately, but I think it’s so great how much we’re bonding. Kalista has been spending a few minutes each day sitting in my lap making sure to push her face into me to get my attention. She even went to bed in my arms last night like Beau usually likes to. I’m actually shocked by how much she’s becoming attached to us, but I have no real reason to be shocked since we have a cat like Beau.

I mean, I guess it’s because I used to parent Walker who is the exact opposite of Beau. While he, similar to Beau, used to like sleeping with me, it was only when he was a kitten. As Walker got older he started resenting me more and more to the point where he will growl and hiss anytime I pick him up. Although, I think that’s because I’m the person who always has to cut his nails… so there’s that… but this isn’t about him!

Kalista! Kalista is such a sweet cat because it’s like she always misses us. Every time you close a door on Kalista, she’s immediately pawing under the door trying to get you to open it. If she spends even five minutes with one of us and then sees the other she quickly runs to great the other as if we’ve been gone for hours. The sweetest part of it is how responsive she is. You can call Kalista from virtually anywhere in the apartment and she will either meow at you or come running to you. It’s especially cute when she first wakes up and sees you. She tries to meow excitingly, but can hardly open her eyes.

It’s so hard not to fall in love with her! I’ve been trying to be more active on my Instagram with uploading videos and pictures of the cute things the cats do, but I can admit that most of the videos are Kalista getting closer and closer to me. I have to say I’m truly falling in love with this princess and can’t wait to see what else changes.

Speak of the devil, she just came into my office to sit on my lap. Guess she missed me! I’m going to go play with her now, but before I go… what do your cats do when they miss you? Let me know in the comments below!