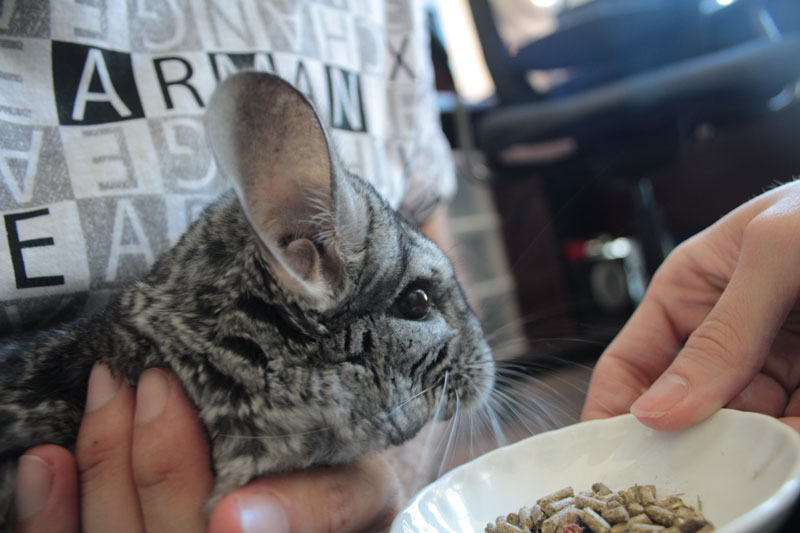 Have you ever thought to yourself… what is in my pets food and what do they eat? Well, I hope you have! It’s important to know what goes in your pet’s food and what the best type of food you can feed them is, so I thought I’d take some time to break down what a Chinchilla should eat.

Odd thing to put on a list for food, but we easily forget how important water is to living organisms. A lot of animals get their water intake from their food, but for Chinchilla’s its a bit harder since most of their food is dry. Chinchillas don’t drink much, but you are going to want to make sure that they have a no-drip waterbottle in their tank at all times. A dehydrated Chinchilla becomes a sick Chinchilla very quickly.

Fun Fact: Chinchillas should never get wet. It mats their fur and could even get them sick

Johnny, why did you put 3 exclamation points? Well, that’s because hay is the most important part of a Chinchilla’s diet! We personally feed Gary Western Timothy Hay however, your little one can eat different types of hay including Alfalfa Hay, especially if they are young, regular Timothy Hay or Botanical Hay. At the end of the day, it’s going to be up to your Chinchilla’s preference. Hay is the thing that keeps your Chinchilla’s digestive tract in check. Similar to hamsters Chinchilla’s teeth grow for all of their lives and will need lots of things to chew on like twigs, sticks, leaves, etc. You may not believe me, but hay does a great job of grafting your Chinchilla’s teeth, but don’t trick yourself into believing that it will be enough.

It’s hard to find good quality small mammal pellets, let alone, pellets that they will eat. I find getting my small mammals to eat… even harder than getting my cats to eat! While hay should primarily be their diet they need to be fed grass-based pellets daily. They won’t eat too many pellets in comparison to hay and the food we feed requires Gary to eat 3 Table Spoons a day. He’s an oddling though and usually doesn’t finish all of it. But some good ones I can recommend are Higgins Sunburst Gourmet Chinchilla Food Mix, Oxbow Animal Health Chinchilla Fortified Small Animal Feeds, Kaytee Timothy Complete Chinchilla Food, Kaytee Forti-Diet Pro Health Chinchilla Food and Vitakraft VitaNature Chinchilla Food. You’re going to want to make sure that your pellets don’t include dried or fresh fruit (these should only be rare treats), filler like corn or soy, vegetables or vegetable products, seeds or nuts. You can also choose to feed your Chinchilla a very high quality rabbit food.

Dried Fruits and Root Vegetables should only be given as treats. Things like raisins and apples tend to be the most popular, but I highly suggest getting Chinchilla specific treats rather than buy human grade products as they tend to be sweetened/salted. Human grade food will also have lots of hormones in them which may harm your Chinchilla. Some examples of treats include Vitakraft Chinchilla Drops with Dandelion Treat, Vitakraft Chinchilla Cocktail, Kaytee Timothy Biscuits Baked Apple Treat, Vitakraft Chinchilla Herb Sticks, and Brown’s Tropical Carnival Natural Sweet Potato Yummies Treat. Overfeeding treats can cause Chinchillas to get overweight, or get sick. Make sure you’re letting your Chinchilla get lots of exercise and if you’re concerned about the size of the cage check out our top list!

There are a few foods you really need to avoid with Chinchillas. These include nuts, grains and seeds. These are not easily digested and can cause tooth damage.  You’re also going to want to avoid twigs from cherry, cedar, plum and redwood trees.

Chinchillas can’t throw up! Odd eh? Because of this, foods can get stuck at the back of their throat causing them to gag salivate or stop breathing. Make sure you’re watching your Chinchilla closely to make sure that their eating habits haven’t changed and if they have take them to the vet immediately! 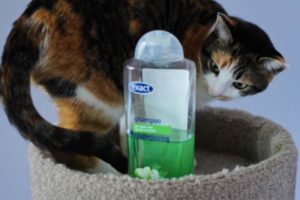