It can be confusing when you see two of the same animals fighting, especially when they fight to the death. This can be very true of those who decide to keep Betta Fish.

You may actually be shocked to hear that Bettas don’t always fight to the death. The truth is, the majority of betta fish fights don’t end in death.

Fights tend to get pretty heated, especially if the betta fish are bred to fight. Betta Splendens are actually one of the most aggressive types of Betta fish, and these are actually the most commonly purchased type of Betta fish. 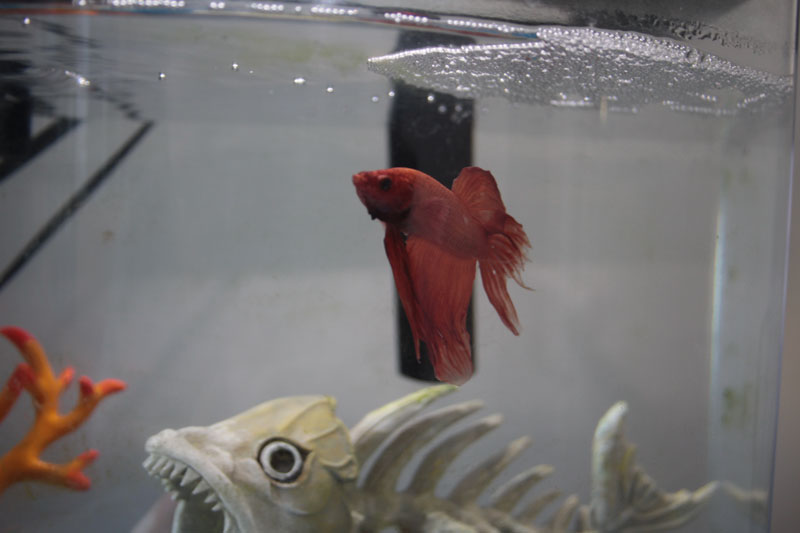 HOW DO BETTAS FIGHT AND HOW LONG DO FIGHTS LAST?

Bettas will commonly thrash at each other hoping to damage each other’s scales, tails or gills. Bettas are also known to nip at each other trying to cause each other injuries that will get infected due to stress. It’s usually the infections that kill the betta fish and not the actual fight.

Male bettas will initiate a fight by fanning out their fins and flaring (or puffing out) their gills making themselves look larger. Similar to other territorial animals, this is done to scare off or intimidate their opponents. Betta fish will only choose to attack or nip at each other if the opponent does not retreat or continues to threaten the initiator.

Fight lengths tend to depend on how aggressive betta fish are. Most commonly betta fights end immediately, but if fights escalate and bettas become more aggressive fights can last around 1 minute.

I want to crack a joke about how male bettas should actually be called Alphas, but that’s too corny, even for this blog!

The truth is, male bettas are much more territorial than female bettas. This is true even in the wild, the only difference is that when male bettas are in the wild less aggressive bettas have a lot more room swim away or hide. Sometimes bettas will swim away long before a fight is going to happen, especially if they have some extra time.

SO WHERE DOES THIS AGGRESSION COME FROM?

Well, while bettas are in the wild they aren’t offered an unlimited supply of food. Bettas will protect the area they call home to make sure that they always have a supply of food.

If another male betta is present in their home, he may steal food from the betta. Unlike other animals, bettas don’t think with a pack mentality and are just doing their best to survive.

Male bettas may also become aggressive to protect their empty bubble nests or eggs. Female bettas commonly abandon their eggs after they have been laid.

IS THERE A WAY TO AVOID FIGHTING BETWEEN BETTAS? 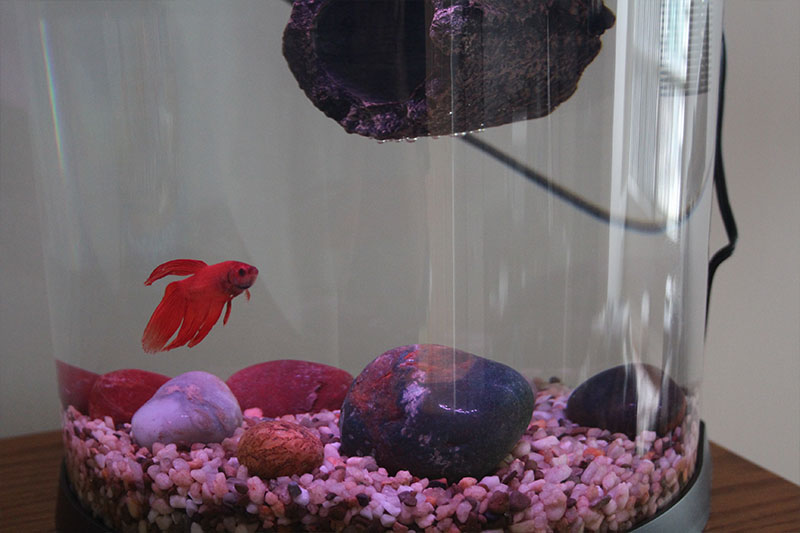 CAN YOU EVER HOUSE TWO MALE BETTAS TOGETHER?

The only time it’s appropriate to house two male bettas together is when you have a proper partition that separates them. Make sure that the partition isn’t see through and that they cannot easily see each other.

DO FEMALE BETTAS FIGHT EACH OTHER

Although less aggressive, female bettas can still be fairly territorial and will fight one another if given the opportunity.

That being said, this isn’t always true and female bettas are often sold in sororities. Females will still be aggressive in sororities until a “natural pecking order” has been established. One female will always establish herself as the alpha while the others become the “betta” ;). Commonly these fish will live in harmony until another fish is added.

Sororities tend to have a group of 4 to 5 fish, although some fish may still act aggressively in sororities and may need to be removed.

IS THERE ANY REASON WHY MALE AND FEMALE BETTA FISH FIGHT?

It’s hard to imagine any logical reason why male and female betta fish would fight, especially if they are supposed to mate. The truth is female bettas will commonly eat her eggs before they hatch.

Male bettas are the protectors of the little spawnlings and will chase the female far from the nest making sure that they have a high chance of survival. Male bettas are also in charge of placing the eggs into the nest and waiting to see if all of them hatch or not.

Otherwise, male and female bettas will simply fight because they are protecting their territory.

DO BETTAS FIGHT ALL FISH?

Bettas do fight other fish if they do not have enough space, if their fins are long or brightly coloured, if the other fish is aggressive or if there are not enough spaces to hide. Only experienced fish owners should attempt hosting community tanks with betta fish.

If you’re interested in learning more about the fish that Bettas can live with check out this post.

Though betta fish are fairly aggressive, fights can be completely avoided. Commonly fights are started due to bettas being territorial and while fairly intense, it’s usually the infections that cause more damage to the betta fish.

What was the most interesting thing you learned about betta fish? Let me know in the comments below!