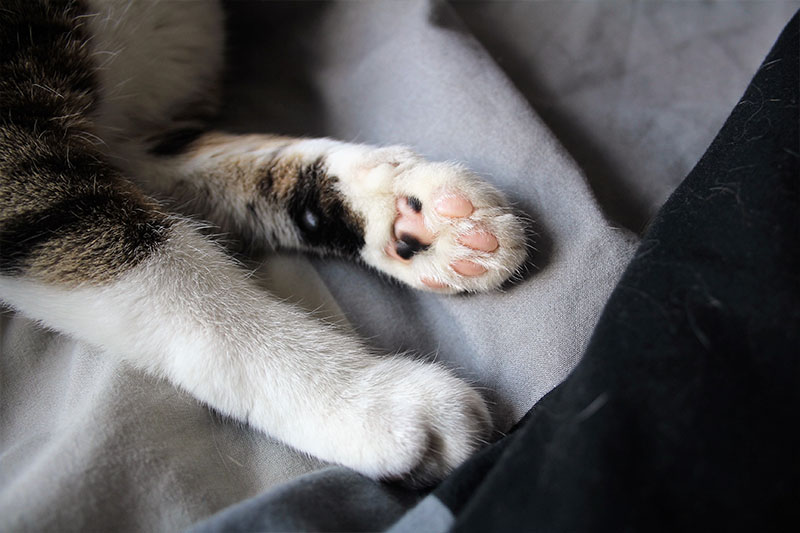 When you first think about adopting a cat, what’re the first things you worry about? For a lot of first-time cat owners, it’s will my new cat destroy all of my furniture? Questions that proceed include can I train my cat to stop scratching, or is scratching important for cats? Is there a way I can deter my cat away from specific objects and make sure that they only scratch their toys? Should I get my cat declawed or is it inhumane?

It’s understandable why you’d want your cat to stop scratching, especially if you’ve recently got a new couch, but you’re going to have to understand that cats scratch for a whole lot of reasons.

I can’t tell you how many times customers would come into the pet store telling me that they need to find ways of training their cats to stop scratching altogether. This is not a good response to your cats scratching as scratching is instinctual to cats and helps promote a healthy life.

If you’re more worried about your furniture being ruined, a cat may not be the best pet for you and you may want to rethink which furry animal you invite into your home.

Similar to you, cats need to clean their nails. If you pick up your cat right now, chances are they have a fair amount of dead nail attached to their nails. This is fairly easy to scrape off by hand, but cats have to scratch to get this off. You may also notice your cat “bite their nails” to help clean off their nails, however, cats who bite their nails may also be experiencing some other issues like a mineral/vitamin deficiency, an underlying health condition or may be experiencing stress and anxiety. To put it short, it’s better to avoid forcing your cat to bite at their nails as it can become fairly confusing whether or not it is merely to clean their nails or if there’s something bigger going on.

Cats are a fairly territorial animal who like to marks areas they consider safe. Due to the fact that their scent glands are in their paws, they usually pair these scent markings with visual markings. So, is your cat scratching your couch to pieces? Chances are… they just really love that couch! You may also notice your cat scenting/scratching areas that you are in fairly frequently. If your cat is scratching this area they may either be marking it to let you know they love sitting with you on this area, or that you aren’t giving them enough attention when you’re in this area. If your cat begins scratching your couch, for example, try picking your cat up and putting them on the couch next to you to see if they are letting you know that they want attention. It’s always best to catch your cat before they do the action rather them to scold them after.

Trying to get the Best Stretch

We don’t really think about this, but cats need large surfaces to stretch out on. Our couch isn’t a very nice one, so we’ve let our cats scratch it up. We’ve noticed they prefer the couch though because they can stand up to their full length to scratch, unlike with a standard scratching post. Not every scratching post is going to be ideal for your cat and it’s going to depend on how they like to scratch/if they are trying to stretch at the same time. The bigger, the better when it comes to scratching posts, which is why things like cat trees are fairly ideal. Cat trees should give your cat the extra height they need if they are a taller kitty, and will make sure they get the stretch they deserve rather than being crunched up/huddled over a small post.

Ways to Discourage Your Cat From Scratching A Surface

As mentioned which scratching toy you choose is going to depend on what kinds of materials your cat enjoys scratching. The following are some of our top picks and a bit of info on what kind of cats may like them.

Another great trick is to use catnip to help entice your cat to use their new scratching post. Not only will the catnip make playing with the post more fun, but it will also let the cat know immediately that this object was meant for them! If your cat isn’t a fan of the nip try things like valerian and oddly enough some cats love menthol (even though it’s commonly used as a deterrent.)

Johnny, what’s your stance on declawing?

I believe it’s 100% inhumane and can’t think of any beneficial reason why you would want to declaw your cat. Declawing is an extremely traumatic experience for cats and can leave the cat in pain for the rest of their life. While your furniture may be safe, your cat will be unable to fend for themselves (if they ever get lost), will never be able to feel fully comfortable kneading or using litter, and can actually cause your cat to become more aggressive towards you. A happy kitty is a clawed kitty, just make sure you cut their nails!

It may take some time, but every cat is capable of avoiding using your furniture for their scratching needs. If you have any scratching stories or products you think are better let me know in the comments below!