When I was growing up, we didn’t have any pets. My mom wasn’t a fan of the mess pets made, and my dad insisted that even though pets are lovely, they will inevitably hurt you by biting or scratching you. Years later, my whole nuclear family has pets. It’s a bit shocking, but it’s a true testament to how much animals can and influence your life for the better.

The reason I bring up my family is that a few years after my mom became the sole owner of our family cat, Walker, my mom texted my sister saying something along the lines of “I kissed the cat.” Kissing our family cat was a huge step for my mom’s development and love for animals, especially because my mom isn’t a very physically affectionate kind of person to begin with.

Over the years, I’ve had dozens of cats come in and out of my life. Friends cats, stray cats, foster cats, shelter cats, and of course, our cats and the one thing that remains true to this day is the fact that they are all different. Not only are their personalities different, but the way that they express love and affection is entirely different.

Surprisingly along the way, there have been a few cats in my life who seem to love human kisses, immediately purring upon being kissed, but do all cats like to be kissed? 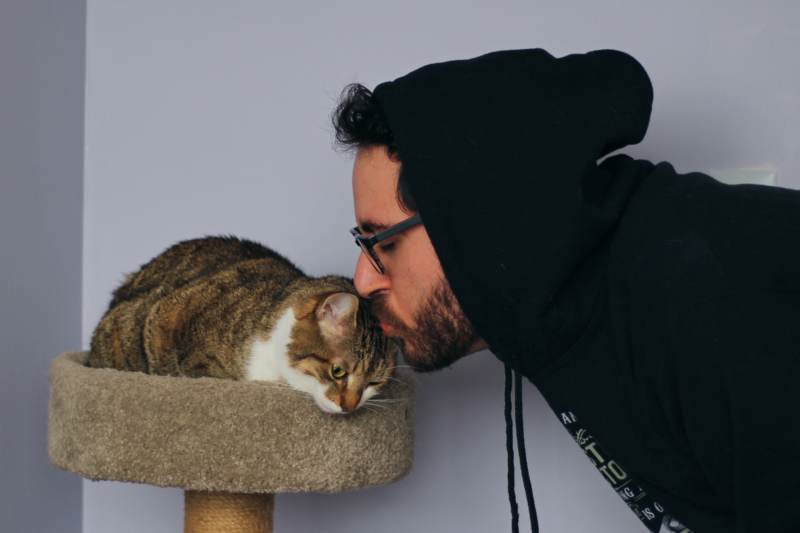 As you can imagine, cats have entirely different ways of communicating their adoration or affection towards their human counterparts of each other. While a cat may not necessarily understand why it is you choose to kiss them, many cats seem to understand that a human kiss is a form of affection though this has not been scientifically proven.

HOW DO YOU TELL IF YOUR CAT LIKES HUMAN KISSES?

The most significant sign of a cat enjoying human kisses is that they don’t walk away, growl, hiss or shake themselves off after the interaction. In many cases, a cat who enjoys human kisses will replicate or react by exhibiting affection back in the way they feel is most appropriate.

Some of the ways cats will exhibit their affection back after being kissed include:

Rubbing their heads against you or bunting you

Rubbing their full-body against you

Drooling (though drooling should be monitored)

Blinking slowly at you

Even in the Pets Overload household, the difference between our two cats cannot be disputed. Beau, who is currently sitting in my lap, is a cat who will accept most forms of human affection. It doesn’t matter whether you’re holding him like a baby, kissing him on the forehead, rubbing your face against his, spooning him or rubbing his belly. Chances are Beau is going to enjoy the interaction because he loves attention.

Kalista, on the other hand, is very particular about the type of love that she gets. Kalista mostly likes getting belly rubs and head scratches. If Kalista is picked up or is given the attention that she doesn’t usually approve of, she will shake herself off immediately after the interaction. Kalista has also been known to bite us gently if she does not approve of interactions.

You mustn’t force any interactions with your cat and if you notice any signs of discomfort, I recommend stopping that form of interaction or slowly encouraging them to become snuggly.

A CAT MAY NOT WANT DAILY AFFECTION

Just like humans, cats may not always be in an affectionate mood and it is our responsibility as cat owners to begin understanding the patterns and behaviours our cats exhibit when they are not feeling affectionate.

Some examples of behaviours cats exhibit when they are unhappy include:

Ears that are placed down or “half-mast”

Cats running away from their owners (Including escaping the home)

Pushing against you to get away

If your cat is exhibiting any of these behaviours make sure to allow your cat to cool off so they do not build a bad association to you because of the interactions. What do I mean by that? Well, if you continuously pick up your cat when they are unhappy with you picking them up, your cat may begin relating you approaching them as “my owner is approaching me to pick me up” even if picking your cat up wasn’t your intention.

HEALTH PRECAUTIONS WHEN KISSING YOUR CAT

As much as we love interacting with our cats and want to show affection to them, we must understand that cats carry bacteria and dirt that you may not be completely aware of. Now, I’m not saying that you shouldn’t kiss your cat gently on the forehead, but you will want to practice some precautions.

Never kiss your cat on the lips or the mouth. As cute as it may be, cats often feel invaded when humans stick their faces too close to them. The invasion of space may result in a cat biting you or attacking you in some way. Again, a cat’s distaste in behaviour or actions should not be taken lightly as it can cause the cat to lose trust in you or may stress the cat out enough to avoid you for a period of time.

Cat’s mouths can also be the breeding ground of bacterias as cats use their tongues to clean their full bodies. We were quickly reminded of the bacterium a cat can culture during our most recent vet visit when our vet explained that overgrooming or excessive licking of Beau’s incision site (from his PU Surgery) could actually cause him to become sick. Similarly, bacteria and parasites can spread from a cat to humans through the saliva, especially if a cat is an outdoor-indoor cat.  Cats can also cause humans to get sick if they suffer from dental problems, as dental problems are commonly associated with bleeding gums.

Never, ever, ever kiss a cat that you don’t know or a cat who lives outdoors. It doesn’t matter whether or not the cat is friendly, kissing an outdoor cat can be unsafe, especially if you don’t know the medical history of said cat.

In general, it’s always a good idea to wash your hands after handling a cat, especially before eating. Washing your hands with soap and water will reduce the chances of parasites and bacteria transfer, whether or not you’ve kissed your cat.

SO SHOULD I KISS MY CAT?

Ultimately, choosing to kiss your cat is going to depend on whether your cat enjoys kisses or not. If you have not yet kissed your cat or do not know whether or not your cat likes kisses, however, I would recommend waiting until your cat is completely comfortable with you or snuggling with you before you attempt it.

As mentioned, if ever your cat acts out because you have kissed them, immediately stop kissing them. Getting your cat to “like kisses” is not worth the amount of stress it can cause to a cat, especially if your cat is the type to become grumpy or angry after the interaction.

As an alternative, find other ways your cat enjoys your affection. For example, Beau’s favourite type of affection I give him is rubbing my chin against his forehead, while Kalista loves it when we rub our fingers against the side of her mouth.

I also recommend watching your cat see the ways that they mark their territory or show affection to the things they love. Try to replicate the behaviours that your cat already exhibits to ensure that your cat is the most comfortable they can be. So, if your cat walks up to you to sit in your lap, begin placing your cat in your lap. If your cat likes headbutting you, headbutt them back or use your fist gently as a pseudo-head.

So, I’m curious, how many of your cats like being kissed? What are your cat’s favourite ways of showing affection? Let me know in the comments below! 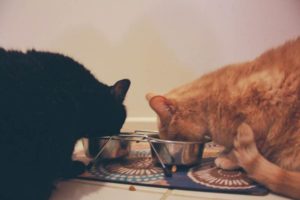