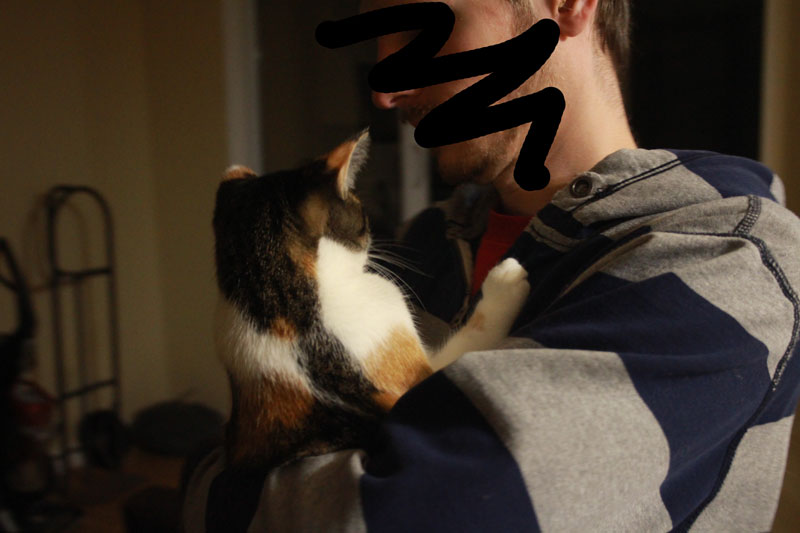 There comes a time where every teenager needs to revolt against their parents, and Kalista is starting to show her true colours. As I mentioned last week, Kalista has always been a bit of a hider, which means that she’s not much of a lap cat. Although, when we were first planning on adopting Kalista, we were told that she would love sleeping with us every night.

While it’s true that there have been a few afternoons where I’m napping and I wake up with her between my legs, I would say the majority of the time she ignores me to nap in her cat tree. I mean, honestly, it’s also still very new that she’s consistently sleeping with Beau, when before it was only a few times a week.

This week, in particular, Kalista has taken a special interest in my partner. Whenever I come home she’s quiet and doesn’t usually come to greet me. But whenever he comes home, she gets excited, meowing at him persistently until he picks her up and pets her.

She’s actually letting him hold her now, without complaining at all. While, if I try to pick Kalista up, she refuses to stay in my arms, pushing against my body so she can get away.

I admit, I’m a bit jealous that they are getting along better than we are, but at the same time I’m glad my partner can experience the same things I experience with Beau with Kalista.

Hopefully soon Kalista completely warms up to both of us, so that way we can all get some kitty cuddles! I’m sure it’s going to happen soon! She’s growing so much fonder of us each day! What a little cutie. 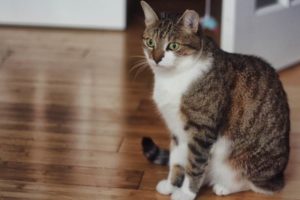 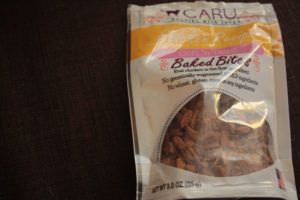 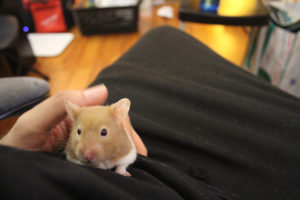