A long while back I discussed wanting to get another kitty so Beau has a playmate. And since we are fully moved in… the time has come!

Since our move, my hubby and I have been searching shelters across Toronto to find a kitten who is young enough for Beau to play with and is preferably female, so we don’t have a Beau and Walker dominance fight again. After hours of searching… we found… Carrie! 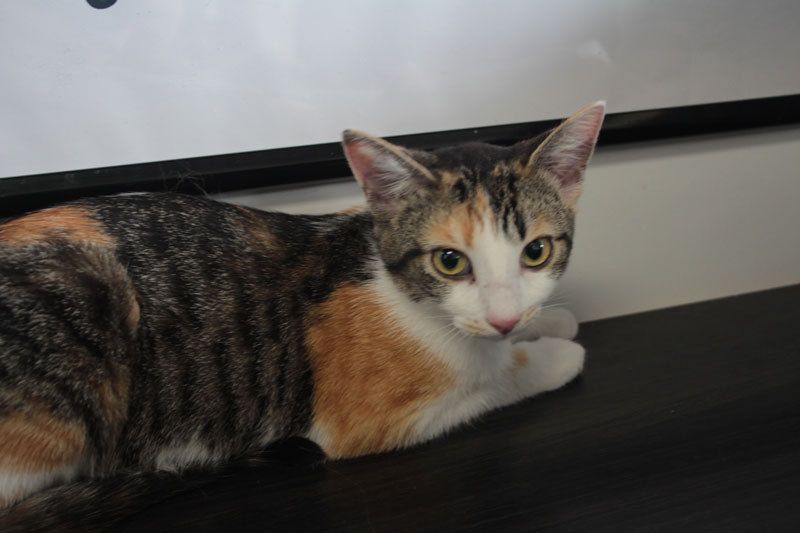 Carrie is an adorable 6-month old Calico kitten who is very human-oriented although with cat’s she’s quite independent. She tends to keep to herself a lot of the time and is playful in her own ways. Carrie was rescued from the street with her two brothers, who have actually been adopted since, and while she gets along with them… she is a bit shy around the other cats. This doesn’t really worry me since Beau tends to be an independent cat himself. When living with Walker, it used to be Walker who picked the fights while Beau was sleeping. You see, Walker is extremely playful, while Beau only wants to play at certain times of the day. Back to Carrie though!

Upon meeting Carrie, she was very squeamish and scared. Although, about 30-minutes into our visit she started to calm down a bit… still trying to hide since she was in a location she was not used to. Carrie is quite small still, and we’re not super sure how big she’s going to grow, but as you can see she’s got big adorable ears, so she may grow quite a lot larger.

Carrie’s health is currently A+, which is great. Although the one thing that worries me is that she only likes foods like Friskies, Fancy Feast, and Pro Plan. Apparently, the foster parents have tried feeding her higher quality foods such as Weruva and Blue Buffalo and ended up starving herself instead of eating. This kind of worries me, since I’ve never had a kitty who was that picky. I mean, it was hard to get Beau to eat his wet food, but he’s never said no to any type of kibble before, which seems to be the case with Carrie. Apparently, she’s also not a fan of any meats but chicken, which isn’t a problem for me at all… as long as she’s not allergic!

I do have a game plan for trying to get her to like other foods, such as making her broths to mix with wet food or buying Fruitables or even trying to feed freeze dried raw, but we’ll see when she comes to us and at the end of the day, what’s important is that she’s eating! 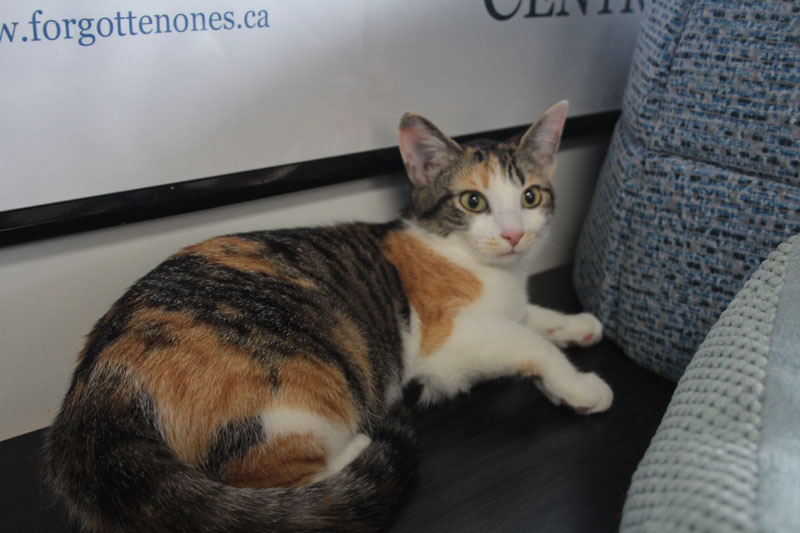 Unfortunately, we aren’t going to be getting Carrie for a few more weeks as the shelter still has to spay her, but we’re so excited we’ve already bought her food, her litter boxes, some extra toys and have prepared a safe space for her. We also gave her a blanket with our scent on it, just to see if she’ll recognize our scent when we pick her up… it’s a long shot, but worth a try!

We can’t wait to have this little cutie in our home and can’t wait to take lots of videos of the process of her and Beau getting to know each other. Side note… doesn’t she kind of look like she could be Beau’s biological sister? That racoon tail? The patches of orange? The big splotches of white! She couldn’t be more perfect! We’re actually thinking of renaming her Kalista, which also means Beautiful. Kalista & Beau 🙂

Will be keeping you updated as soon as I get more news!! 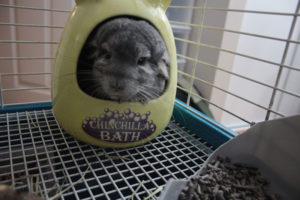