Chinchillas, unlike betta fish, are not (usually) hostile to their own and thus pet parents don’t need to worry as much when trying to introduce their current chinchilla(s) to their new chinchilla(s). The only worry is, what if the chinchillas like each other so much they breed?

While baby chinchillas are mega adorable, not everyone wants to be the caregiver of a family of chinchillas; or not everyone thinks through the consequences of getting your pet a playmate. So, how can we tell if a female chinchilla is pregnant, how can we take care of her, and is it possible to prevent pregnancy by spaying or neutering my chinchillas? 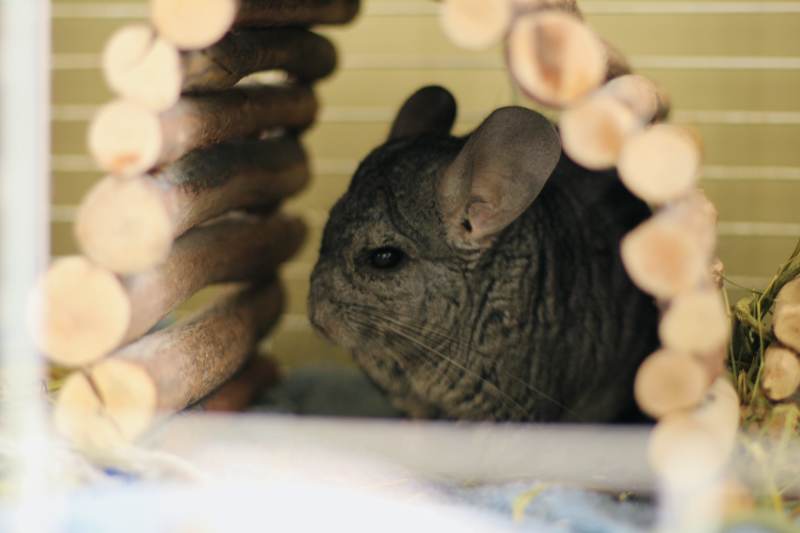 CHECKING IF YOUR CHINCHILLA IS PREGNANT

Not everyone is lucky enough to live by a vet who is able to treat, examine, or answer questions about chinchillas. Since chinchillas are considered “exotics” and will require a specialized vet as the examination will require equipment (such as microscopes) to thoroughly check your chinchilla. That being said, a lot of pet parents will resort to diagnosing their chinchilla’s pregnancy by themselves.

Note: It will be fairly difficult to tell if your chinchilla is pregnant if they are less than 2-months pregnant as a chinchilla stays around the same weight and size until things become more obvious around 90 days.

HOW LONG IS A CHINCHILLA PREGNANT FOR?

Chinchillas remain pregnant on average for 111 days or 3.5 months. This is actually pretty long for rodents of their size.

HOW MANY BABIES DO THEY HAVE?

Chinchillas have an average of one to four babies per litter. Wild chinchillas can have up to 3 litters a year.

HOW DO I KNOW SHE’S READY TO GIVE BIRTH?

As female chinchillas get closer to giving birth they tend to stop eating or even become lethargic.

If you have multiple chinchillas, the mother chinchilla may begin acting aggressively towards her cagemates. Chinchillas may recess and spend more time alone, especially when they are about to give birth. If a pregnant chinchilla ever acts aggressive to another chinchilla, remove the chinchilla that is not pregnant from the cage. This goes for any chinchilla, whether they got along originally or not as you want to make sure you reduce as much as stress as possible from the pregnant mother. Chinchillas who have been separated due to pregnancy-related issues or concerns need to be re-introduced after the birth of the kit as they may no longer recognize each other or get along.

Make sure you have removed your chinchilla’s dust baths and have provided a “nesting box” for the babies. Nesting boxes should be clean, draft-free spaces to ensure that the chinchillas are kept warm and safe.

Chinchillas, similar to humans, will go through a water breaking process. You may notice a wet patch on your chinchilla’s back, this is the amniotic fluid. You may also notice that her nose, mouth or even genitals are wet from her water breaking.

Labour will begin with your chinchilla letting out loud noises as she stretches herself to prepare for the birth of her child(ren). Labour length will vary based on how many kits the chinchilla has, however, it usually takes about 30-minutes before the first kit is born. Chinchilla mothers will help remove the baby from their birth canal and will eat each of the babies’ placenta.

Shortly after birth, the mother may also bite her kit to ensure that there is no leftover fluid in their lungs. The kit may squeal as this happens, but it should not alarm you. During this time the mother may also choose to clean herself and her kit.

Do not EVER pick your chinchilla up by their tail as this will cause a miscarriage.

Do not overfeed your chinchilla as this may cause them to become bloated. Bloating can, unfortunately, be fatal to a mother chinchilla and her kit. That being said, consult a vet and stick to feeding your chinchilla their natural diet which supplementing recommended probiotics such as Avipro Plus. Fresh fruits and vegetables should be avoided at all costs during pregnancy as they can lead to gas and bloating.

Do not hover around your chinchilla’s cage when you suspect that they are going to give birth, instead install a camera if you want to watch “the miracle of life.” The mother will want privacy when she is giving birth and may even hold off having the babies if she knows that she is not alone. That being said, it is very common for chinchillas to give birth late at night, as they are nocturnal creatures, so setting up a camera to watch and make sure everything goes smoothly during the birth is not out of the question.

Labour should never last more than four hours and prolonged labour is usually the sign of a complication. In cases like these, a vet should be called immediately or your chinchilla should be taken to an emergency vet. That being said, a chinchilla who is several days past her due date may be experiencing similar complications that will require a vet.

Dystocia, or birth problems, commonly happen when the kits are too large and are very common during a mother’s first birth. Vets may induce labour by giving your chinchilla oxytocin, which will create stronger contractions. If complications continue, your vet may perform a c-section (cesarean section).

Make sure you remove any ledges from the cage prior to the mother giving birth as a baby chinchilla may jump off the ledge and either cause harm to themselves or even worse, cause death.

HOW DO I AVOID PREGNANCY

While you can’t deny that baby chinchillas are cute, not everyone wants chinchilla babies. So how exactly do we avoid them?

If you are the proud owner of multiple chinchillas, I would highly recommend contacting your vet about what method they prefer as a contraceptive.

Never handle your chinchilla roughly when you assume that they are pregnant and allow them to have their space if they ask for it. Any sort of stress or mishandling may cause a miscarriage which could be detrimental to both the mother and the babies.

Always make sure to consult a vet about whether the diet you are currently feeding the mother is good enough for her or if you need to add things like alfalfa hay into her diet. That being said, also trust that your chinchilla understands how to lead herself through the process of childbirth. It is very important that you leave your chinchilla to help herself and only listen in on her or watch her through a webcam. That way she feels safe enough to have her babies and you can ensure that your chinchilla is safely delivering her children.

If ever you worry that your chinchilla is experiencing pregnancy complications contact an emergency vet immediately. The vet will either assure you that everything is going well, or they will ask you to come in so they can help assist in the delivery. 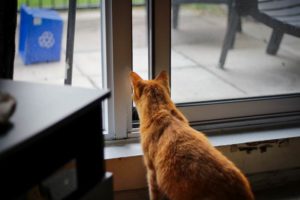 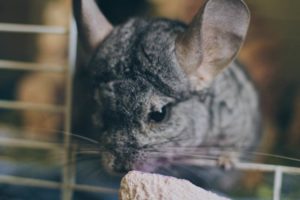