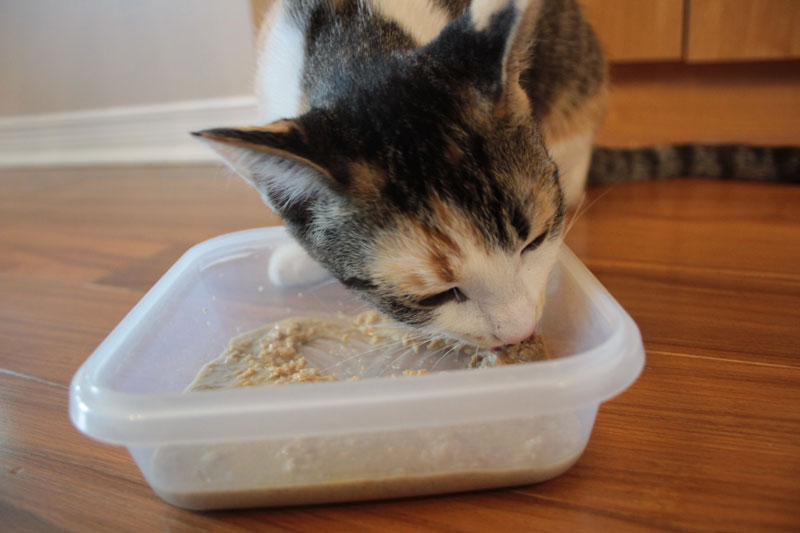 Before adopting Kalista I never understood it when customers would come into the pet store and say “my cat doesn’t like this batch” or “I can’t get my cat to eat at all!”

My first cat, Beau is an absolute monster when it comes to food. If you give him a bowl of food, trust me you’re not getting the bowl back without it being licked clean.

Even my mom’s cat Walker is the exact same.

If you’re new to the blog or don’t know much about our cats let me give you a bit of information about Kalista:

When we were first interested in adopting Kalista we were warned that she refuses to eat any foods other than Friskies, Fancy Feast, and Pro Plan. I knew that I was in for a battle, but I told Kalista’s foster parent that I could probably get her out of the bad diet of eating food with fillers.

I’ll be honest, I didn’t realize it would be as hard as it has been. The foster parent explained that if Kalista didn’t get her way, she would starve herself for a few days, which is why she resorted to feeding her lower quality foods as it was better to get her fed than not fed at all (and I 100% agree.)

WHY I CARE SO MUCH ABOUT WHAT KALISTA EATS

Having worked at a pet store, I have seen the issues that come from lower quality foods. Cats with Kidney Failure, Urinary Problems, diabetes, obesity, skin & fur problems such as hotspots, and GI-problems.

Given our long battle with Beau and urinary problems, I definitely don’t want to go through another long health battle ever again.

Note: We were feeding Beau a “natural holistic diet” including Blue Buffalo for Cats Natural Adult Dry Cat Food, Performatrin Ultra Chicken Paté, various Weruva blends, Performatrin Ultra Healthy Weight, Performatrin Ultra Lamb Dry Kibble and right before Beau got very sick we were only feeding Science Diet CD-Dry food which we had been recommended by the vet. We also made sure to supplement lots of water in his diet by mixing kibble in water, syringe feeding or with the ever-immaculate Fruitable Broth Bowls.

Sadly the thing is: even with higher quality food, you may run into health issues. This is especially true for male cats who commonly develop urinary problems.

Many cat foods are not developed and tested for kitties with urinary problems, even when they say they are.

For example, in Canada (I’m not sure if it’s the same in the USA) foods that say “Urinary Health” or “Urinary Care” in pet stores don’t tend to do anything positive for the pet.

If you read the fine print on a lot of these cans they say things like:

This food is not a replacement for a diet prescribed by your veterinarian.

This is fine print that a number of customers in the store I used to work at either completely ignore or aren’t aware of.

At the moment we are feeding Beau only Science Diet CD which has worked wonders on him. Walker is on the Royal Canin Version as he had urinary issues too, and he hasn’t had a hiccup since. (I’m very glad we finally got Beau to eat wet food.)

KALISTA WILL COMPLETELY STARVE HERSELF

There have been days where Kalista won’t even eat her Whiskas which has always been her favourite food.

Kalista is a cat who will walk up to food, sniff it quick and walk away to eat a plastic bag, cardboard or oddly enough… Gary’s hay.

Now, I’ve dealt with Beau eating foreign objects before like plastic bags, rubber, clothes, bedsheets, etc due to his Pica, but this is on a whole other level.

Sometimes Kalista will refuse food unless it is spoon-fed to her.

Most of the time we have to sit in the same room as Kalista or she will ask to get petted before she eats.

I’ll be honest, I’ve had to return a few cases of food in the past… yeah… I’m that cat dad.

THE FOODS WE’VE TRIED WITH KALISTA

*We’ve tried a number of foods with Kalista once to see if she would eat them, I haven’t included them to the list because I’d like to try them a few times before completely saying “she refuses to eat them” or “she loves them!” However, I will update this list as things change.

We can confirm Kalista absolutely refuses to eat: Friskies, Fancy Feast (Which is funny, because it was all she used to eat), Treats of Any Kind (which is a huge surprise), shredded Whiskas, and Performatrin Ultra Stews.

Foods she will eat at least 80-90% of the time: CARU CLASSICS Turkey Stew, and CARU CLASSICS Chicken & Crab Stew. (Which unfortunately aren’t stocked at locations near us)

Foods she will eat 99.9% of the time: Whiskas Paté

My partners family is very big on microwaving, and his mother always teases me about the fact that I don’t like to use it.

I hate the idea of them, I don’t like what they do to foods and quite honestly, I hate the taste of food that has been microwaved.

However, if Kalista has been giving us problems for about an hour, I will resort to it.

This works about 50% of the time with her. It’s actually not enough for me to claim that “it’s a miracle fix”, however, because the hubby has to run out of the house quickly before work this is the path he chooses every day and it seems to work for him.

If you’re going to do this, please make sure the water is not scalding.

This works for me about 75% of the time with Kalista. It just depends if she has chosen to be a picky kitten that day or not.

Food that has been mixed with water is the only wet food Beau likes to eat, so taking this knowledge I tried it with Kalista to see if it would work. Kalista likes less water than Beau does. Beau likes things soupy, she likes things a bit wet.

I would say this works about 95% of the time.

If Kalista is given both wet food and kibble she plays the game “which one do I hate more.”

I’m happy to let you know that her favourite is NV, which in my opinion is a pretty amazing kibble (if kibble could ever be amazing!)

MAKE SURE SHE IS SECLUDED WHILE EATING

We originally would feed Beau and Kalista together, but given her kitten attention span, it wasn’t the greatest idea.

It did help them bond surprisingly and got Beau to understand the fact that if we feed her we also feed him, but she would always be more interested in what he was doing or what the Chinchilla was doing, rather than eating.

We’ve resorted to feeding them in separate rooms, making sure that she was nowhere near Gary or Beau while eating and making sure there are no plastic bags (or hay) near her.

This seems to work best for her, so she can’t be stimulated by others, but it’s a catch 22 as she then starts getting distracted by us and wants to be pet instead.

Kalista will eat by spoon 99.9 percent of the time. This is obviously not optimal for us as it can take up to 1 hour and a half before she is full. I know, it’s crazy that I actually fed her for an hour and a half. We also don’t want to get her used to that treatment, especially because it usually means locking Beau out of the room for that long. So we only do this when she’s absolutely refusing to eat everything.

Overall, that’s what we’ve done so far. If you have any other tips or tricks let me know!

I’ll try them out and let you know how it worked. Right now the best has been giving her options to eat. I know kibble isn’t the best choice for your pets, but if it’s getting your little one to eat because they have options it may be the choice you have to make.

Though it can be extremely frustrating to deal with a picky kitty, know that you’re not alone and that there’s absolutely hope for this behaviour to change.

For us, we really found success in mixing Kalista’s wet food with a little bit of water and making sure that she has both wet food and kibble at the same time.

If Kalista is being extra stubborn or if I’m in a rush and need to get her to eat immediately, I’ll mix some kibble into her wet food. This usually works, but I don’t want her getting used to it so she doesn’t begin associating wet food to always needing kibble.

So, pet parents, I’m curious. What trick worked the best for you? Does your cat consistently eat these days or are you still having difficulty?

Let me know in the comments below! 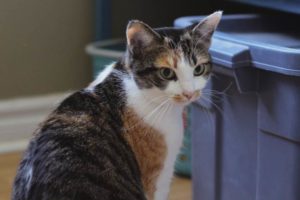 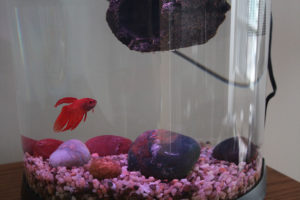