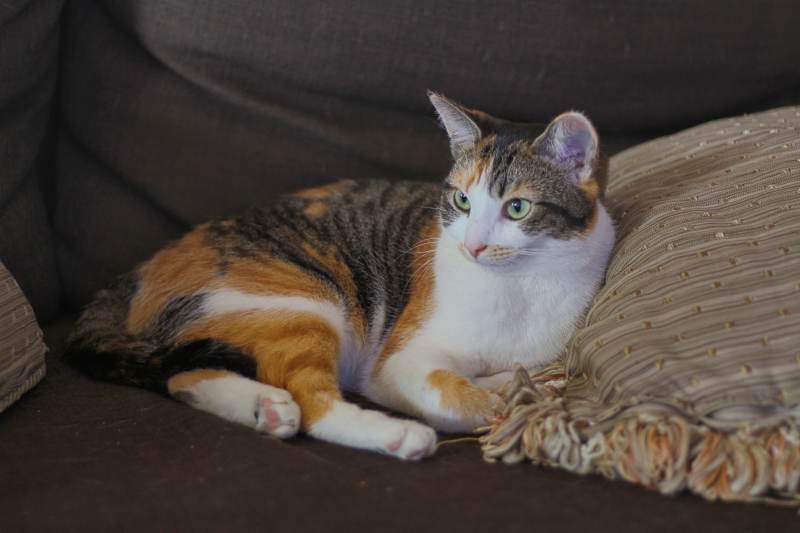 As you may know, our youngest kitty, Kalista, has been doing a lot of growth since we first adopted her.

Kalista has always been a bit of an attention seeker, has been way too curious for her own good, and originally seemed to be more bonded to my partner than to me.

More recently Kalista has been becoming more attached to me, and while she’s still a big fan of my partner it seems like she may be closer to me now than him.

Now, I’m not trying to say this to start a fight between my partner and me or to make him feel jealous if, in fact, Kalista is bonding with me more than him, it’s more of an “I’m interested in knowing what causes our specific cats to bond with us” moment.

Although there are some specific things that help encourage a cat to be more comfortable with you, such as not chasing them around the house or creating cozy spaces for them to feel safe, we’ve noticed that each of the cats in our lives have different needs that help them bond with us more.

I’ve mentioned that Beau’s extremely cuddly and for him to feel most comfortable with you, you need to be able to hold him. Beau doesn’t really care about who plays with him, or who feeds him but will always move towards the individual who he can stay close to and sleep with.

Beau’s cousin Walker is very different than Beau. Walker usually stays close to the individual who feeds him the most and if you’re not his primary food person, he doesn’t really care about you. I’ve heard that this is pretty common for cats and some of my friends have even said that their cats “turn against them” whenever they go on vacation and have been fed by someone different for an extended amount of time. Honestly, I don’t really have experience with that since it seems like Beau is always extremely happy when we come home, even though he’s had a lovely time with his babysitter!

Kalista is still a bit of a tough nut to crack. While she does have her cute cuddly moments where she wants belly rubs or wants to sit in your lap, we’re not fully certain what makes her bond to us more.

That being said, it does appear like she is bonding more to me than my partner at this point and I’m wondering if it’s because I’ve set up shop again from home, teaching a few fewer courses than last semester and travelling a lot less to get to work (which means I get to be home more anyway.)

Why do I think Kalista is getting closer to me than him? Well, it was clear the other day when she was sitting on my partner’s lap and I came out of the washroom. As soon as Kalista saw me she hopped off his lap and started scenting me, I had joked that Kalista loves me more and put her back on his lap and left the room to go get some work done.

Kalista stayed with my partner, happy and content until she saw me pass by his office when she immediately jumped off of him again and began begging me for attention. This time she rolled over and started purring on my feet. So I picked her up and pet her briefly to see if that would be enough attention for her.

I then let go of her and put her on my partner’s lap, but she immediately jumped off him and continued to rub herself against me. So I thought, why don’t I put her on his lap and have her facing away from the door so she doesn’t see me and run away really quick… and I did and she didn’t follow me. She just sat on my partner until I peaked my head around the corner and we all know what happened next… she jumped off him and began to scent me.

So, we thought we’d try the opposite. I put Kalista in my lap and had my partner go outside to see if she would jump up from my lap and scent him, but she didn’t. Kalista just stayed in my lap, even though I wasn’t petting her. She was just begging for my attention and trying to sleep pushing herself against my chest.

We tried to get him to call out for her, and still, she chose me. It really got me curious, was it because she spent a good amount of time with him earlier so she didn’t feel the need to stay with him? Does Kalista want to be with me more than him in general? If Kalista does feel safer with me, what made her like me more than him?

We then tried another little exercise. We put Kalista in the bedroom and I called her and she came bouncing down the hallway, as she often does (when she isn’t asleep or not in the mood to see us.) Then I asked my partner to do the same and Kalista didn’t come. I asked him if Kalista has ever responded to her name with him and he said, he doesn’t think so… maybe coincidently, but never clearly running to him because he had used her name.

I let him know that she’s been responsive to her name with me for a while now and that I actually call her at night to make sure that she isn’t trapped in a room (since she also usually meows when I call her name) and he said that she was pretty much unresponsive to him even when it comes to meowing.

He says he doesn’t mind the fact that Kalista doesn’t really respond to him when he calls her since she’s always spending time cuddling him and sitting on his lap while he plays video games, but we both find it a bit weird how responsive she is with me and not with him (especially because she used to clearly like him much more than me.)

It’s interesting to see the difference in reactions from Kalista, especially because she’s the first cat we’ve adopted together. Beau lived with me for months before my partner and I moved in, making the experience very different as it was more about Beau becoming friendlier and introducing him to my partner as “your new dad” rather than watching a cat bond with us at different paces. 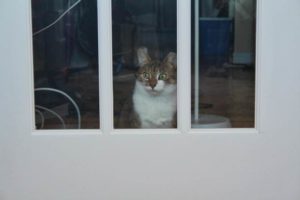 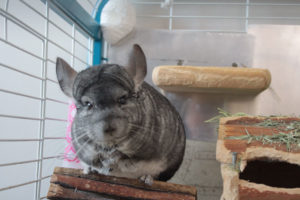