I’ll be honest, there have been a number of occasions where I have looked over at Gary’s cage and have freaked out that he was dead just because of the way he was sleeping.

You see, the majority of the time Gary, our chinchilla, likes to sleep scrunched up like a bread loafing kitty or rabbit. Thing is, this isn’t how Gary sleeps all of the time, so any changed to his habits can be shocking.

As is with most animals, a change in habits can signify an illness for chinchillas.

This is why it is a good idea to spend a good amount of time with you Chinchilla during the day so you can familiarize yourself with their behaviours and take note of the moments that they are acting weird so you can take them to the vet. 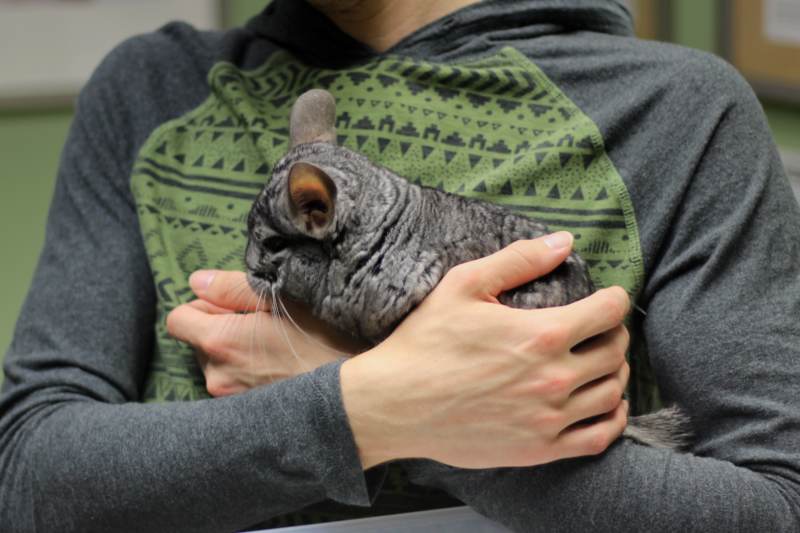 There is a lot of mixed information about this, but the truth is that chinchillas are not completely nocturnal, but are actually considered crepuscular.

Crepuscular is a word that we hear a lot less frequently than nocturnal or diurnal but means that the animal is most active at dusk and dawn.

So what does this mean for chinchillas? It means that chances are your chinchilla is going to become more active in the late afternoon or early morning, however, they may also be active during the daytime if required.

Now, that being said, even though chinchillas have been known to be awake around the clock, it is still a good idea to let them sleep whenever they need or want to.

This will not only make sure that your chinchilla feels safe in their cage/habitat but will also make sure that they get the required amount of sleep for them to stay happy and healthy.

If you notice your chinchilla is active at a weird time of day that they are not usually active in, do not panic, instead monitor their behaviour.

Ask yourself, is my chinchilla barking or screaming more frequently? Are they jumping around as much as they used to be?

For us, Gary becomes active around 3 PM and begins jumping around his cage, ready to play and eat. Gary calms down around 5 PM when I have to leave the house and he’s left alone, but even on days where I’m in the house, he tends to be able to entertain himself past 5.

Gary is then active again around 2 AM as we are getting ready to go to bed. I know, we’re very late sleepers, but that’s what you get when you work at night!

The most common way you’re going to find your chinchilla sleeping is as a loaf, or on all four of their feet.

Chinchillas, similar to cats, also sleep while they are half awake. This makes it easy to run away if there is any noise.

This is why you may notice that your chinchilla scurries around quickly whenever there is movement in the room or every so often you will notice your chinchilla wakes up to let out some warning barks.

It is always a good idea to provide your chinchilla somewhere to sleep, whether it’s a wooden house, sisal house or a log bridge/house.

MY CHINCHILLA SLEEPS ON THEIR SIDE OR BACK, IS SOMETHING WRONG?

Alright, so this is what freaks me out about Gary, sometimes he sleeps on his side and at first, I thought that he was dead.

Gary only started sleeping on his side about a year after we adopted him, which is why this behaviour took me by surprise.

While it is not as common for chinchillas to sleep on their side, because it causes them to become more vulnerable, many chinchillas have been known to do such.

It is uncertain whether or not this means that the chinchilla feels safe around you, similar to how a cat would allow you to rub their belly or will stretch around you when they feel safe.

The good news is, a chinchilla who sleeps on their side is not a sick chinchilla.

It’s just a chinchilla who’s finding it easier to sleep by allowing their whole body to rest, instead of keeping weight on their feet.

Chinchillas may also sleep on their sides because they are just too hot.

DO CHINCHILLAS SLEEP WITH THEIR EYES OPEN?

Yes, some chinchillas will sleep with their eyes open.

This is due to the fact that chinchillas have the incredible ability to completely shut out light by closing their irises. This makes the pupil virtually unseeable and makes it impossible for light to enter the chinchilla’s eyes.

Now, I just wish I could do that!

HOW LONG DO CHINCIHLLAS SLEEP FOR?

The majority of chinchillas will get between 10-14 hours of sleep in a day, however, often this sleep is disturbed based on the noises around them.

Due to the fact that chinchillas are extremely sensitive creatures, they get startled fairly easily.

This is due to the fact that chinchillas have a much sharper sense of hearing that we do. So, if you notice your chinchilla barking seemingly out of nowhere, there is a chance that your chinchilla has heard something that you can’t hear.

Some of these sounds can be neighbours talking, trucks driving by, or even dogs barking in the distance.

For this reason, it’s also going to be important where you place your chinchilla, as some rooms will inevitably be louder than others.

This isn’t to say that a chinchilla shouldn’t be placed in a room with medium-to-heavy traffic, but it is to say that if there is a room that is closer to the street, I would keep your chinchilla away from there.

Instead place your chinchilla somewhere where the majority of the sounds they will hear will be familiar, such as you shuffling around.

Chinchillas should not be afraid of or wake up from sounds that they recognize as they should not pose a threat.

Though similar to other animals, chinchillas will always become started when they hear a sudden noise, especially if it is loud and abrasive.

Chinchillas who are constantly scared in their sleep may develop sleeping problems and may even become afraid of their owners.

MY CHINCHILLA IS SNORING IS SOMETHING WRONG?

Snoring, in general, should always be a bit of a red flag, as it’s often means something is abnormal.

Snoring can be caused by a number of reasons including respiratory infections, tooth problems or even obesity.

If you ever notice or think your chinchilla is snoring make sure to record the sound on your phone and speak to the vet about the occurrence.

On many occasions, vets will allow you to send them recordings so they can help you decipher whether or not your chinchilla has a problem.

If the vet thinks that it is necessary for you to bring your chinchilla in they will run a series of tests including a microscopic examination of your chinchilla’s mouth, nose, ears and potentially eyes.

Due to the fact that chinchillas are very small, it will be required that you visit an exotic pet specialist as many vets do not have the appropriate technology to run tests on chinchillas.

Now, before I get you scared, your chinchilla will not be absolutely silent when they are sleeping.

Gary, for example, likes to squeak every so often in his sleep and sometimes sounds like he’s talking to himself.

It is believed that this is a sign that the chinchilla is dreaming and should not spark a red flag. Again, if you are concerned it would still be a good idea to talk to a vet.

So while you may not see a whole lot of your chinchilla during the day, because they will be sleeping there are some prime times you will be able to see your chinchilla.

Since chinchillas are not nocturnal but instead are crepuscular, chances are you’re going to be able to say hello to them when you get home from work and before you leave for work the next morning.

If you ever notice any changes in your chinchilla’s behaviour or sleeping patterns, it’s a good idea to log down the occurrences in a journal and see if the habits continue.

In all cases where a chinchilla is considered to be snoring or is acting out of the ordinary, it is highly recommended that you give your local exotic vet a call.

Oftentimes vets will allow you to describe what is happening, send in images, videos or sound bites to let you know whether or not it is an emergency to come in.

So, pet parents, I’m curious, how long does your chinchilla sleep? What’s their favourite place to sleep in? Let me know in the comments below! 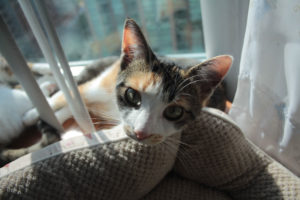