Just over a year ago my partner and I decided to take the jump into adopting a second cat. Our first cat, Beau, had recently gone through a life-changing operation and we had moved into an apartment that actually allowed cats in it.

We agreed that we were going to try to find a young female cat to make sure that Beau didn’t feel threatened. Although what comes after that is so adorable, I’ll let you read my last post about the adoption process and how my cats became best friends if you’re interested.

For Kalista’s second birthday I just wanted to share some of my favourite memories with her over the past year and share some of the things she taught me. I’d also love to gush about this little tater tot. since she truly is such a great addition to our family. 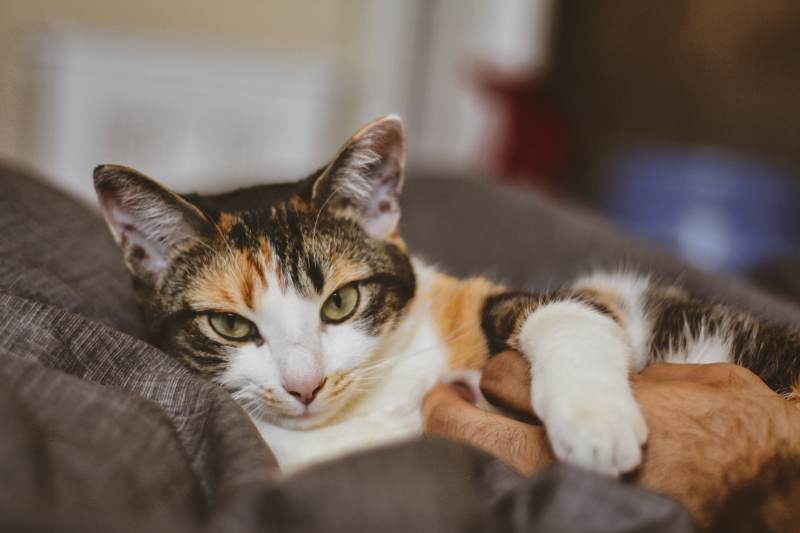 Beau has always been my little dude, and so when we first adopted Kalista I had a hard time not comparing the two. Beau likes to cuddle, but Kalista doesn’t. If Kalista needs attention she bites you, but Beau puts his paw on you gently and just stares at you. Beau likes to sleep with me at night, Kalista (originally) liked to sleep on the bookshelf. Point of the list being, I kept looking at the things I perceived as negative instead of all the good points of Kalista.

KALISTA’S PERSONALITY & QUIRKS OVER THE PAST YEAR

Kalista has been a shy cat this year. She does so much hiding, especially if there are new people over. That being said, for some weird reason, Kalista still isn’t super fond of my dad even though she sees him fairly often. Whenever he comes and visits if she sees him or hears him she runs and hides. My mom, on the other hand, Kalista comes out and sits with. Although, it’s also true that a couple of hours into my parents being here, Kalista will come out and play with my dad, weird huh?

Kalista has learned to be cuddly, though still less frequently than Beau does. I guess the positive to this is that it makes sure Beau doesn’t get too jealous. When Kalista was a baby, it was hard not to want to pick her up all of the time. Kittens are some of the cutest animals and why wouldn’t I want to hold my fur baby all of the time!

Kalista doesn’t stop purring. I sometimes wish Beau would purr more, but with him, you have to give him a nice long belly rub or cuddle him for an extended amount of time. Kalista is always purring though. From the moment she sees you, till the moment she walks away. There’s rarely ever a moment that I don’t hear her purr, other than when she’s playing. Purring is super relaxing to me and quite frankly it’s one of the things I miss most about living with Walker since he was very similar to Kalista (in the purr aspect).

Kalista’s favourite thing is a belly rub. I haven’t seen a cat go down as fast as Kalista. As soon as you start rubbing her tummy, she’s rolling around, purring and enjoying herself. You can do this for a fairly long time before she gets overstimulated and begins to bite, but she’s always a pleasure to be around and pet.

Kalista is overly playful, although she’s great at playing with herself. Kalista being the insanely curious cat that she is will play with absolutely anything. She’s found so many things that were left by the previous owner, it’s a bit terrifying. Since I’m primarily a headphone user when I edit music, I often get startled hearing things move around the apartment at night, but it’s always Kalista playing with some springs or running aimlessly. Every so often, Kalista has so much energy to burn, she crashes into our closet mirrors and makes them shake.

This year Kalista’s favourite toy had to be the springs. Between all of the cats we’ve had the pleasure of spending time with, Kalista has played with them the most and I’m sold on telling people that these are the best inexpensive toys you could ever buy a cat/kitten. They’ve been so great with helping Kalista burn off that extra energy that she has when Beau doesn’t want to play with her and we’re trying to get to bed. That being said, we’re still using the same pack of springs we opened 3 years ago with Beau, meaning that a few dollars really went a long way!

I wish we spent more time actually playing with Da Bird! with Kalista, but this is truly the best teaser toy you could ever get your cats. Trust me, we’ve bought all of the BFF teasers, and the dollar store teasers and the cat ribbon teasers, but Da Bird! has them all beat! Kalista will even drag Da Bird! across the hallway floor anytime it drops from the top shelf. While the teaser toy comes at quite a high price, it does last a decent amount of time (you can buy refills) and it honestly makes it much easier to play with your cat (which is most important.) That being said, both cats LOVE it.

Kalista’s favourite spots to sleep this year have been her cat tree, which more recently has been being taken over by Beau, and laundry baskets. It seems Kalista is a big fan of being high up, more than the other two cats it seems. I don’t know if this is due to her shyness, but it does make me curious about how I can make her more safe spots that involve being in the air.

MY FAVOURITE MEMORIES WITH KALISTA

I have to say a memory I hold close to me is when Kalista taught Beau how to laser point. For years we had thought that Beau was partially blind because he never seemed to see laser pointers. We’d even use our fingers to direct him, but he had no interest at all. I don’t know what Kalista did to make Beau understand, but it seems like it doesn’t stop there since he’s also started playing with catnip toys even though he’s not affected by catnip at all, weird huh?

THINGS KALISTA TAUGHT ME THIS YEAR

Kalista really taught me how to be patient, especially when it comes with food. Kalista, being the pickiest cat I’ve met so far. Kalista will starve herself until she has her way, which is honestly one of the least attractive qualities that she has. But over time and with us trying out loads of different foods, we got Kalista to eat consistantly, which is pretty awesome.

Kalista taught me I need to keep a closer eye on where I put things because she will find them or even break into rooms to get them. It’s become much more frequent that I find Kalista in my office before I open the door to let her in. The other day I found her sleeping on Beau’s bed bright and early at 8 AM, even though I always close the door before bed. Somehow this cat has broken into 4 of the rooms in our apartment, not including closets. While Kalista’s curiosity makes her hate closed doors, her curiosity does make us have to call out for her more often than we’d like. It has also made me hide things to make sure she doesn’t bite on them or take them into another room… have I told you how she took my glasses from my desk and hid them in the couch?

Bouncing off the same point, Kalista has been known to steal hay from Gary’s cage and while we thought we got that trained out of her system we were wrong. Kalista just found another place to hide all of the hay she was stealing. Luckily it doesn’t seem like it has effected Kalista in the long-term and she seems to be hiding less over time… we’ll see how this goes!

KALISTA IS THE ONLY ADDITION I COULD IMAGINE US WITH NOW

Now, this isn’t to say that I don’t want another cat in the future or even a dog or small mammal, it does, however, mean I couldn’t ask for a better cat to be in our family. Often I get gushy with my partner about how well Kalista fits in with us and how much I love her. Honestly, she and Beau are so bonded I could never imagine them separated.

Something about having Kalista feels right, and I wouldn’t change that for the world. She’s one of the sweetest, loveliest and most caring cats you’ll ever have. While she often acts like a stereotypical calico, she likes to show love in her own ways. 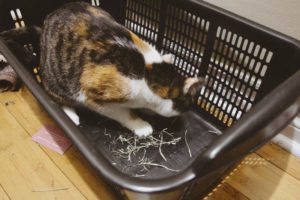 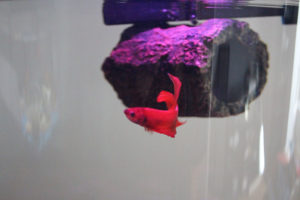